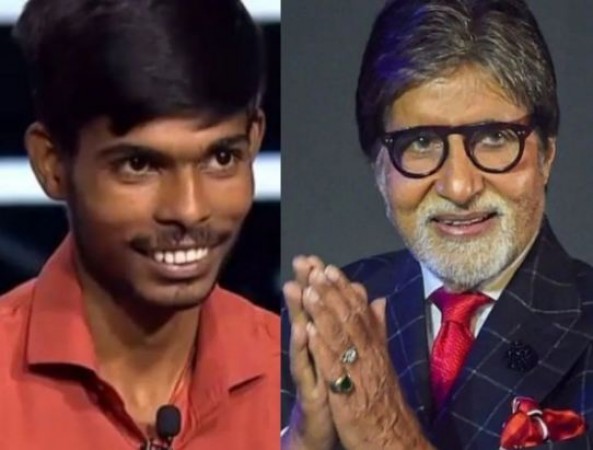 Lucknow: 20-year-old Tej Bahadur Singh, living in Deorania area of Bareilly district of Uttar Pradesh, has surprised everyone by winning Rs 50 lakh in KBC. The situation in the house of Tej Bahadur, the son of a Sanskrit teacher, is such that there is not even enough power to manage it. Tej Bahadur, who dreams of becoming an IAS one day, does part-time agricultural wages in Bareilly district. During the lockdown, he also joined tuition to further accelerate his studies.

Tej Bahadur's mother Rajkumar mortgaged the jewellery to get her son's diploma admission. Tej said that his mother is an inspiration for him. With the help of this money, Tej first wants to bring back the jewelery mortgaged by her mother and wants to complete her younger brother's studies. He also wants to build a house for himself and a small school for the children of the neighbourhood.

Tej Pratap is currently doing civil engineering from a polytechnic college. He told media personnel that his father's job was lost during the lockdown. He was ill. After that, the responsibility of the entire family fell on him. After this, Tej had to work as an agricultural labourer.