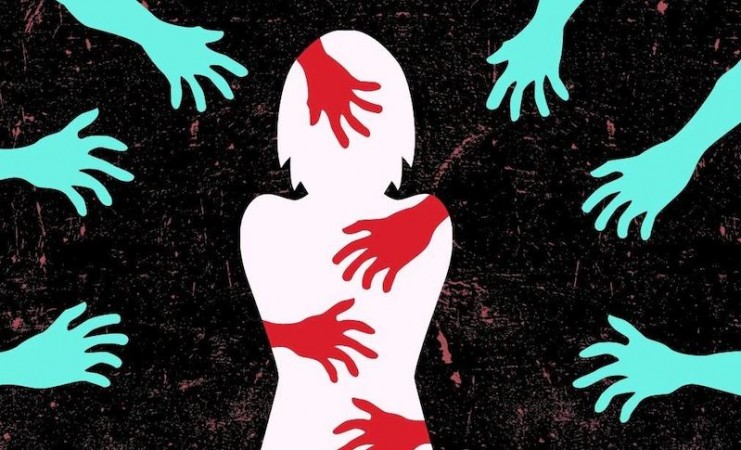 Moradabad: Police have revealed a three-year-old case of murder of a three-year-old innocent girl in the Civil Lines police station area of the Moradabad district of Uttar Pradesh. Police have arrested two accused in the case. According to police, the accused strangled the unconscious girl to death after she was raped. The accused had then burnt his body and dumped it, which did not identify the body. Moradabad Superintendent of Police (SP) City Amit Anand said a DNA test was conducted after the body was not identified after which the case came to light.

He said the body of the three-year-old girl was found charred in the Civil Line police station area on September 6, 2018. On September 5, 2018, the family filed a missing report of their three-year-old girl. The next day, after the body was found, the police had also called the family members to identify the body, but the body could not be identified as it was very badly burnt, after which the police DNA the body and family members. Three years later, when the DNA test report came to light, the girl belonged to the same family. According to SP City, the killers Ravindra and Mintu, who were arrested in connection with the murder of an innocent girl, said during interrogation that on September 5, 2018, on Janmashtami, three-year-old girls were lured with them on the pretext of getting toffees.

He then raped the girl under the influence of alcohol and strangled her to death. The body was dumped in a garbage dump to hide the rape and the identity of the girl. The poor set fire to the garbage dump. When the police started investigating the case with the missing angle along with the photograph of the girl, it was revealed that Ravindra had given the toffee. On the basis of this clue, when the police detained Ravindra and questioned him, he admitted to the charge of getting the toffee to the girl but added that he had then handed over the girl to his accomplice Mintu. Ravindra had told the police that I did not know where Mintu had gone with the girl. Police registered a case under sections of kidnapping and sent him to jail.

Ravindra, who was jailed in connection with the kidnapping of the girl, came out of jail on parole during the corona epidemic in 2020. Police had sent a sample for a DNA test when the body was not identified. When the police questioned Ravindra strictly after the report came to DNA, he revealed the truth. Ravindra said he and Mintu kidnapped the girl under the influence of alcohol and raped her and strangled her to death. After the murder, the girl was thrown in a burning garbage dump and left.