Lucknow: A video from Pilibhit in Uttar Pradesh is becoming fiercely viral on social media. In this video, the claims about the development of the administration have been exposed. The viral video is from Rohtnia village under Tehsil Amaria of Pilibhit, where hundreds of villagers left home for the last rites, but there was no way to go to the cremation ground. After which people were forced to take out the funeral procession through the drain flowing from the water. In the video, it is clearly seen that the villagers are taking out the funeral procession from the water-filled drain.

Villagers say that whenever a funeral procession has to be taken out for someone in this village, such a drain has to be crossed on foot for several kilometres, but to date, no official has paid attention to it. At present, after the video went viral, this incident remains in the headlines and the claims of development work of the administration are also seen to be collapsed.

According to the same villagers, for many years, whenever someone has to take the funeral procession of the deceased for the last rites in the village, then one has to cross the drain like this, because there is no other way to go to the cremation ground in the village, due to which people are forced to adopt this way. Many times there was a demand to get the way to the cremation ground corrected, but to date, no one has paid attention to it. 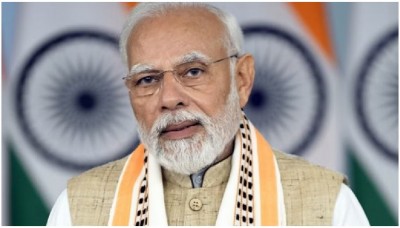