Lucknow: A case of rape of a 6-year-old minor girl has come to light in the Varanasi district of Uttar Pradesh. The accused has been identified as Nisar, who is about 27 years old. Police have registered an FIR against Nisar under the Pocso Act and other sections. The accused is said to be absconding since the incident which is being searched. The incident took place on Sunday (November 28, 2021).

According to media reports, the incident took place at Lallapura in Sigra. A marriage program was going on in a government school in the locality itself. The 6-year-old also accompanied her grandmother to the same wedding. Nisar took the baby with him, telling her to turn around. He later went into solitude and raped the girl. The incident took place in the afternoon. When the child's health deteriorated considerably, she told the family about the inhuman act committed by Nisar. The family members of the victim lodged a police complaint in the evening itself.

The police force who rushed to the spot along with ADCP Prabal Pratap recorded the statements of the girl. CCTV footage from the vicinity was examined. Other forensic examinations etc. According to a report by a local portal, the accused Nisar works as a weaver at his home. 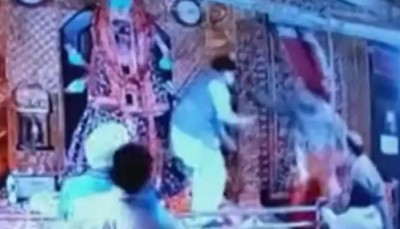