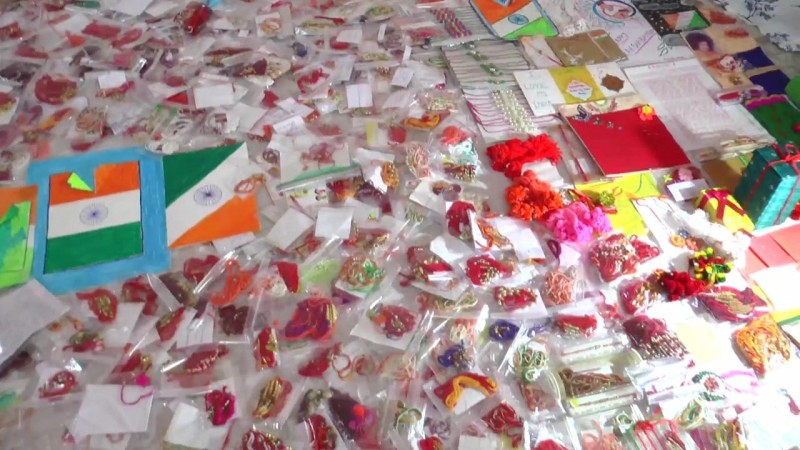 A school in the Vadodara district has prepared 30,000 rakhis ahead of Raksha Bandhan. These rakhis will be sent to soldiers deployed in border areas. Sanjay Bachhav, Vadodara school principal said, "We will send the rakhis to Kargil, Siachen, Galwan, and China border at Arunachal Pradesh as a token of gratitude and respect for the soldiers," while speaking to the news agency.

He also informed that the school received rakhis from faraway countries like the US, Australia, and Canada. The students send messages handwritten on postcards accompanying the rakhis. A student, said, "Every year we collect the rakhis and offer our prayers before sending them to the soldiers. We pray for their security and prosperity. The rakhi boosts the morale of the soldiers posted on the borders." Raksha Bandhan is observed on the last day of the Hindu lunar calendar month of Shraavana, which typically falls in August.

"Raksha Bandhan," Sanskrit, literally, "the bond of protection, obligation, or care," is now principally applied to this ritual.