Richa Chadha and Ali Fazal are one  of the most loved couples in Bollywood. The duo is all set to tie the knot in an intimate wedding ceremony on October 4 and the function already started. Wishes have been pouring in for the to-be bride and groom on social media and Richa’s costar from Masaan wishes the actress in a most adorable way.

Taking to Instagram a few hours ago, Vicky Kaushal wrote, “Two amazing souls coming together…..congratulations you two. Bohot saara pyaar! @therichachadha @alifazal9” and attached a photo of the couple along with it in his Instagram story.

Vicky Kaushal’s first film where he played the lead role was Masaan. In the film, Vicky was in the lead role alongside Richa Chadha. Vicky share a lot of warmth and love for his first costar. Though Masaan did not manage to enter the 100-crore club at the box office in 2012, the film was widely appreciated by critics and audience.

Yesterday Richa and Ali had taken to their Instagram handles to share pictures from their sangeet ceremony. The two gave romantic poses for the camera in the pictures. Richa captioned them, "Mohabbat Mubarak (congratulations on love)," adding the hashtag #RiAli, and her groom responded by writing on his account, "Tumko bhi (To you too)."

On the Personal front, Richa Chadha and Ali Fazal’s wedding festivities Began in Delhi on September 30th and will conclude in Mumbai on October 7th. Their intimate ceremony will take place in Mumbai in the presence of close family and friends. Meanwhile, on the professional front,  Richa and Ali will be next seen reuniting onscreen for the third installment in the hit franchise - Fukrey 3. It will be directed by Mrigdeep Singh Lamba. Ritesh Sidhwani and Farhan Akhtar's Excel Entertainment are backing the new film. 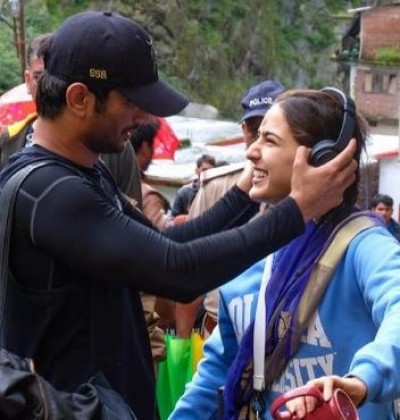