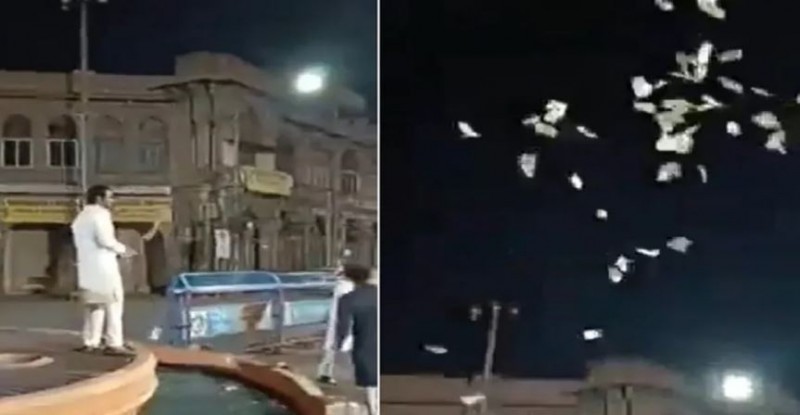 Many videos and photos go viral on social media these days. Now even at this time a video is going viral on social media which is surprising everyone. Yes, this video has created a stir on social media and has made not only people but also the police think. In fact, a man is seen blowing 500 rupee notes in the air in front of The Gulzar Hauz Road near the famous Charminar of Hyderabad. Yes, and he's blowing this money like they don't have a price. In the video that is going viral, a man is wearing a sherwani and kurta and standing on top of the fountain and blowing the bundles of notes in the air.

In fact, it is being said that this scene is of a wedding, in which the person is seen raining money. By the way, the most special thing of this video is that when the man was blowing money in the air, many more people were present there and were capturing this shocking scene in their mobile.