Virat Kohli, the Test captain of the Indian cricket team, shared a photo on Instagram. Virat responded to his wife Anushka's comment on the photo in a hilarious and romantic manner, calling her a cat.   Virat may be seen in the snap sitting on a cat's lap. 'A nice cat's hello from the practise session,' he captioned the shot, which shows himself in a playful mood with the cat. Within an hour, the shot had a lot of likes and comments.

When Virat's wife, Bollywood actress Anushka Sharma, saw the picture, she too said "hi" to the kitty. When Virat responded to Anushka's statement, something weird happened. Virat replied to Anushka in a funny and romantic manner and wrote, 'Launda is from Delhi and cat is from Mumbai. ' 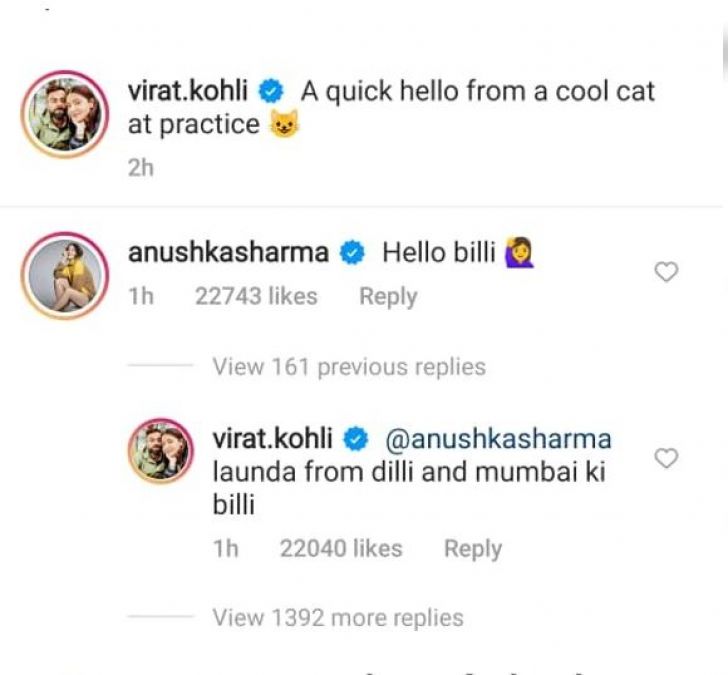 In fact, Virat hails from Delhi and Anushka is from Mumbai. When Virat's reply came, Insta user Virat sensed his flirting mood and said, 'Yes, that's right too. Virat had earlier shared a post two days ago in which he appeared with Wife Anushka. Many people had advised him to pay some attention to cricket as well.