New Delhi: Filmmaker  Vivek Agnihotri's tweet has been in the news after the Supreme Court's reprimand for suspended BJP spokesperson Nupur Sharma's statement. Vivek has spoken in gestures without writing anyone's name. Vivek's tweet has been receiving a lot of reactions on social media.

In his tweet, Vivek wrote, "Victim shaming is legal now.'' After this tweet, users commented on it. One user wrote, "The Supreme Court should also reject the other kind, bad words have been spoken from the other side also. It can't be one-sided.'' Another user commented, "With this over-active judiciary and inactive government, it will not take more than 5-10 years for Hindus to be rive or swallow, there will be no country in the world for Hindus, there is no option at all."

One user has commented, "Even if the government is theirs, the system is ours, this thing has been proved today on Nupur Sharma's judgment, it is very sad, it is hurting the future of our country, where the Hindus hope and their lives have no value. And they do not have the freedom to fight for their assent. A wonderful combination.'' Amit Saraf wrote, "The statement of the Supreme Court is very irresponsible and shameful. If it has happened out of Nupur Sharma's own words, then at whose behest what happened in Kashmir 32 years ago from today?'' 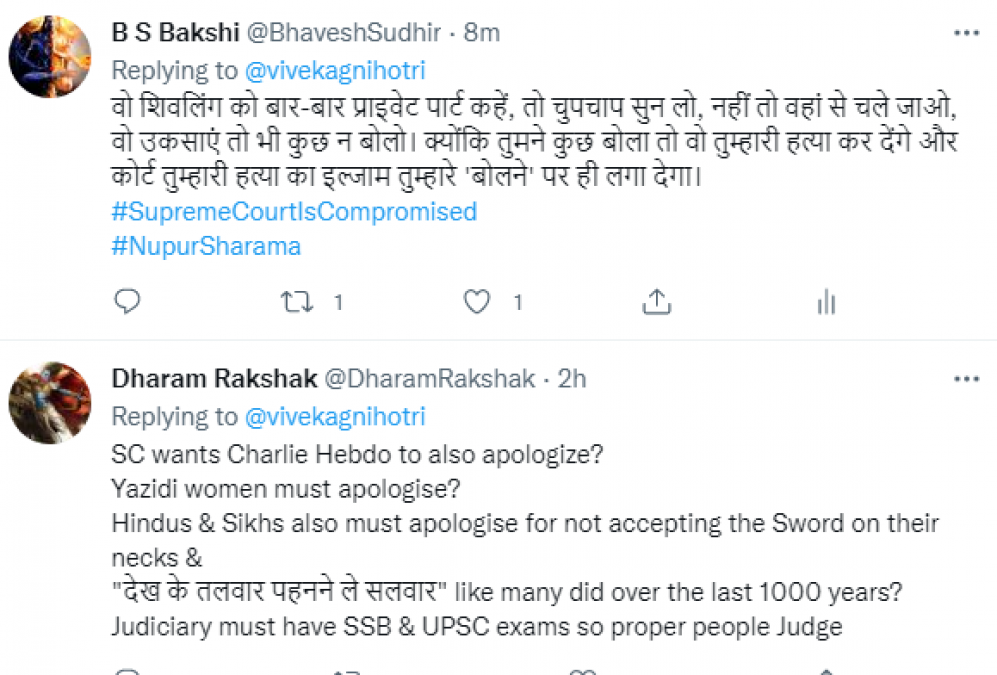 Sachin Chauhan wrote, "This Supreme Court is not a God, in the whole world where heads are being cut in the name of Islamic terrorism, then is it all that is responsible for Nupur Sharma.'' Another user wrote, "If he repeatedly calls the Shivling a private part, then listens quietly, otherwise goes away from there, even if he provokes her, do not say anything." Because if you say something, they will kill you and the court will accuse you of murder for 'speaking'. 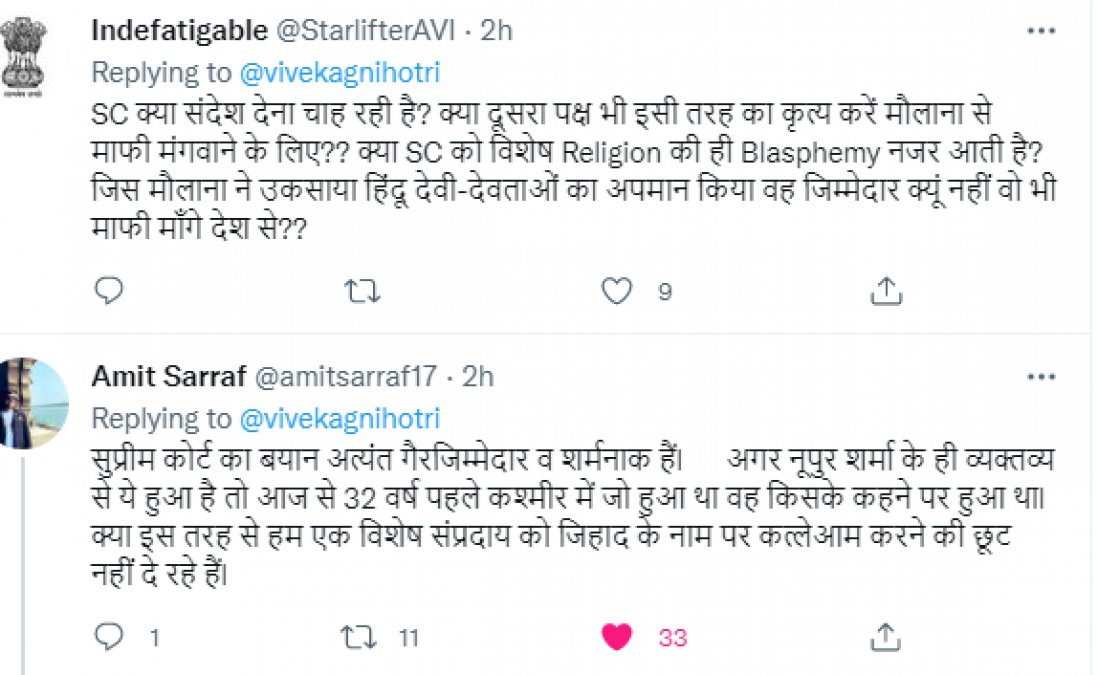 Let us know that the Supreme Court has reprimanded Nupur Sharma for making controversial statements about Prophet Mohammad. It is also said that it was because of Nupur that the Udaipur incident took place. In fact, Nupur had appealed to transfer her case to Delhi for security reasons. A bench of Justices Surya Kant and JB Pardiwala reprimanded Nupur Sharma for his remarks on Prophet Mohammed. The bench said that the atmosphere of the entire country was spoiled because of her and Nupur should apologise to the entire country on the TV itself. Nupur had demanded from the court that she should be given security. On this, the court said that she is not in danger, but because of her, the whole country is in danger.