Vodafone and Jio introduced their new plans, getting great offers in just Rs. 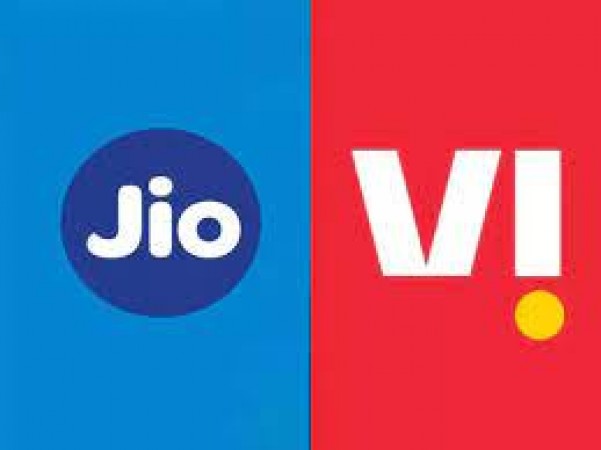 Indian telecom companies have all kinds of pre-paid and postpaid plans that are also being offered to you. Most of the plans are daily data in which customers are given a limited data for everyday. Jio and Vodafone Idea have a variety of plans, some of which are low value and some are worth more. Some of you will be people who need more data and there will be many whose daily work will be done with less data. Everyone recharges according to their needs. In today's report, we are going to give you information about some of the plans of Jio, and Vodafone Idea whose prices are less than Rs 500 and 2GB data is also being given daily.

Jio's Rs 249 plan:  This is Jio's  cheapest plan with 2 GB of data per day. With this plan, a validity of 23 days is also being given. It is providing the facility of Anilmated calling on all networks. This plan of Jio is available with 100 SMS per day. Apart from this plan, Jio has a plan of Rs 299 with Jio in which a validity of 28 days is being given. The rest of the other facilities are available at Rs 249. There is also a plan of Rs 499 in which 28 days of valedity is being done. With this plan, a subscription to all apps of Jio is also being given along with unlimited calling on all networks. In the Rs 499 plan, a free subscription to Disney+ Hotstar is being given.

Vodafone Idea's plans with 2GB data per day: The starting price of vi's plan with 2GB data per day is Rs 179. The validity of this plan is 28 days . Along with which the company also has a plan of Rs 359, the validity of which is said to be 28 days. With these two plans, 100 messages are also being given every day with unlimited calling on all networks. Along with which, the subscription of all the apps of Vodafone Idea is also being given.

Over 10 countries to attend the virtual 'Bengaluru India Nano' summit