Sidharth Shukla was one of the renowned and most loved actors in Bollywood and Television Industry. The actor gained popularity when he appeared on Bigg Boss. He had a massive fan following but unfortunately, he passed away at a very early age. An old song by Sidharth is going viral in which the actor looks completely different.

Famous actress Monalisa is always seen wooing the audience with her sizzling looks. She entertains her fans with reel videos, she also treats fans with new pictures. Monalisa has now shared a throwback video. Monalisa was seen dancing on the remix of Ila Arun's song Resham Ka Rumal. This song was a hit.
Resham Ka Raumal was recreated again where Bigg Boss OTT winner Divya Agarwal was seen dancing on another remix. Monalisa shared a video combining both songs on her Instagram. The actress also showed the difference between the new and old song. Earlier where she was dancing again on her own song, after that Divya Agarwal was also seen dancing on the same song.

As soon as the song the eyes of her fans the person who caught the eyes is neither Monalisa nor Divya but late actor Sidharth Shukla. Fans go gaga after seeing the old version of song featuring Sidharth Shukla in a totally different way several months have passed since Siddharth Shukla passed away, but even today his memory is fresh in people's minds. Fans went crazy after seeing a glimpse of Siddharth in the clip of the song. Not only Monalisa's dance was praised in the video.

He is a goddam grown-up man. Mard hai”, Malaika Arora on age cap with Arjun Kapoor 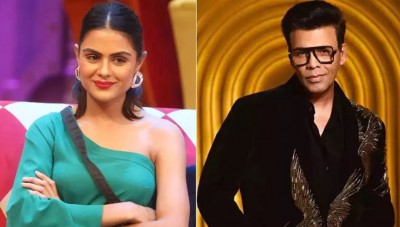