'We know the duty of Shivling and fountain...', lawyer Vishnu Jain's big statement on the arguments of the Muslim side Varanasi: After the survey of the Gyanvapi disputed structure was completed yesterday, the Hindu side has claimed to have found a Shivling in the Vazukhana there. On this, the Muslim side claimed that the entire country was being misled by describing the fountain as a Shivling. On this, on Tuesday, Hindu side's lawyer Vishnu Jain has given a big statement saying that we know the difference between fountain and Shivling.

He has said that if there is a fountain, then the whole system will be there for the water to come out, but the way it is shaped like a Shivling. Some sticks were inserted in it, but it did not go deep enough, so whether the Shivling was broken or not, I cannot tell very clearly now, but in the eyes of me and the Hindu side, it is a Shivling. Right now I can officially say that a Shivling was found there and further debate will take place when the Court Commissioner presents his report before the court. If the Advocate Commissioner presents his report today, we will request the court to give us a copy of it. Vishnu Jain said that the matter which is being heard in the Supreme Court today has already become irrelevant. When Muslim parties have become part of the survey then how can they challenge it. The survey work has been completed.

Vishnu Jain claimed that in the middle of the Vazukhana we saw a wall like a well. Then I requested to reduce the water of Vazukhana. After reducing the water, when we went and saw there, we saw a huge Shivling. Its diameter will be about four feet and two and a half to three feet long. After this we demanded the protection of Shivling from the court. On this, the court ordered the CRPF and the administration to protect it. Along with this, the court has ordered to seal the place of Vazukhana. 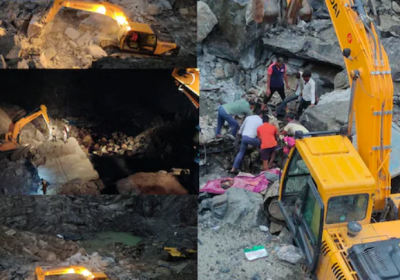