Most parts of North India, including Delhi, are now getting relief from the scorching heat for the past few days. In fact, the maximum temperature here has dropped and is moving below 40 degrees Celsius. Despite the rise in temperature, there is relief in Delhi from the heat and even today the temperature is expected to remain below 40. The temperature will rise from tomorrow, but the possibility of a heatwave is not there for the next one week. The South-West Monsoon has reached Sri Lanka after a six-day halt, now moving towards Kerala and is likely to arrive ahead of time.

The temperature in Uttar Pradesh has also remained low and here too, most of the cities are likely to remain below 40. In Prayagraj also, the maximum temperature is likely to be below 40 i.e. up to 39 degrees Celsius. On the other hand, there is relief from scorching heat in Rajasthan and here too the temperature remains moderate. Many districts of Maharashtra are also expected to receive torrential rains for the next few days.

In fact, the Met department has issued an alert in many districts. According to the information given by the Meteorological Department, there will be more heavy rain in the state for the next few days. According to the state meteorological department, the 13 districts of Maharashtra which are expected to receive torrential rains are Mumbai, Thane, Raigad, Ratnagiri, Sindhudurg, Jalgaon, Sangli, Kolhapur, Palghar, Dhule, Nandurbar, Yavatmal, Ahmednagar districts. On the other hand, the southwest monsoon has reached Sri Lanka after six days of stoppage and is now moving towards Kerala. "Conditions are favourable for the further advance of the southwest monsoon over some parts of the South Arabian Sea," the India Meteorological Department (IMD) said on Thursday yesterday. It is expected to reach the adjoining parts of Maldives, and Lakshadweep in the next 48 hours. At the same time, widespread rainfall is predicted in Kerala and in Lakshadweep in the next two days.

In fact, the Met department said, "A complete watch is being kept on the progress of the monsoon towards Kerala. By the way, normally, the monsoon reaches Kerala on June 1, now it is expected to arrive four days before. In fact, according to meteorologists, the southwest monsoon has gained momentum due to cyclone Asani in the Bay of Bengal this month. Due to this, this time the monsoon reached Andaman and Nicobar Islands on May 16, much ahead of time and due to the remaining influence of The Cyclone, it was expected to move forward. With the possibility of strong winds blowing along the north Gujarat coast, do not go to the Arabian Sea for three days from Friday today.

In a statement, the IMD said there is no such warning for fishermen of the south Gujarat coast during this period. A statement issued by the department said, "Strong winds with a speed of 60 kmph are likely to prevail from May 27 to 29, 2022. Fishermen are advised not to venture into the sea off the North Gujarat coast from May 27 to 29, 2022. Guidelines have been issued for fishermen working on the Arabian sea coast in Kutch, Jamnagar, Porbandar and Devbhoomi Dwarka districts. '' 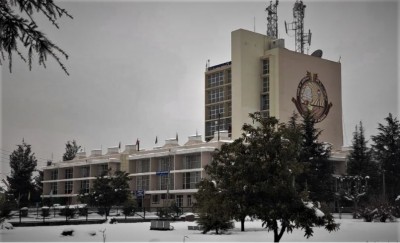