Watsapp, a widely known platform used as a communication tool across the world, having billions of users, keeps introducing new features routinely. A report by WaBetaInfo suggests that Whatsapp may get a new feature, which was long requested by various Whatsapp users. According to the report, WhatsApp will soon allow users to hide their online status. WaBetaInfo shared a screenshot which suggested the fact that the feature is under development.

WhatsApp users will have the option to choose who sees their last status, the Meta-owned platform will give its users two options, “Everyone” and “Same as Last Seen”. The report also explained how the feature will work. You could choose “My Contacts” for “Last Seen” and “Same as Last Seen” online. This will ensure that anyone who isn’t on your contact list will not be able to see if and when you are online. It is also an upgrade in protecting the privacy of its users.

The exact date for the release of this particular feature is not yet known since the feature has not come to the beta version yet. However, the screenshot shared by WaBetaInfo is on the beta version of WhatsApp on iOS.

Last year, WhatsApp introduced a similar feature that was meant for how users interact with businesses. In December 2021, WhatsApp revealed that it was “making it harder for people you don't know and haven't chatted with from seeing your last seen and online presence on WhatsApp.” However, this was meant for anyone to who the user had never previously messaged. In case, a user had a conversation with anyone then he/she/they could’ve seen when they were online. 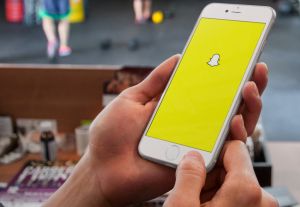