Bollywood actor Ajay Devgn's 'Runway 34' has been released in theatres on April 29. The film is being liked by people. Ajay Devgan, Amitabh Bachchan, Rakul Preet Singh and Angira Dhar's work is being praised by everyone. Ajay has also directed this movie. At the same time, happy with Ajay's work, Amitabh wrote a letter to him and sent him a letter and increased it. This letter of Amitabh has been shared by Ajay himself on Instagram.

In the letter to Ajay, Amitabh wrote- "Ajay, Ajay, Ajay. It was my privilege to be a part of Runway 34 and work with a director like you. Your work is great, the way you have made this film by combining everything was tremendous. People are saying that this is your best job. But I know yours and the best is yet to come. Congratulations. Love, Amitabh Bachchan. Ajay replied to the letter and wrote- "When big stars like Amitabh Bachchan work in your directorial venture. It's a beauty that is difficult to describe in words and when they compliment you in a note written with their hands, the emotions inside you start coming out. I have pride and joy in me. Thank you, Amit Ji. "Fans are liking this post very much. 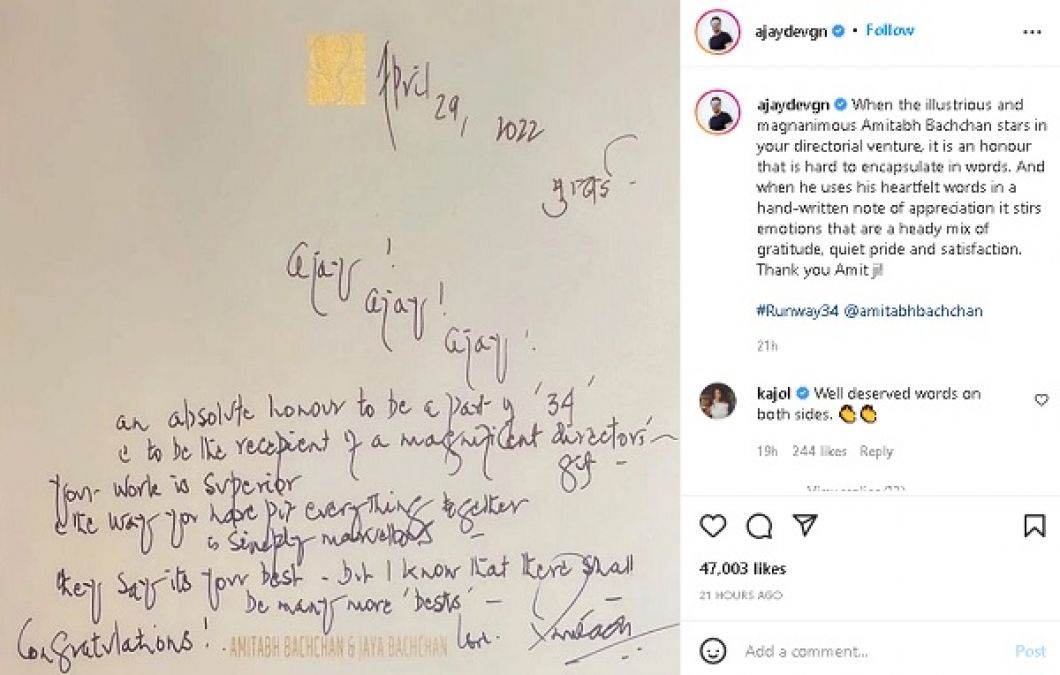 According to reports, 'Runway 34' has also shown the story of a pilot named Vikrant Khanna, who is based on a real-life incident that took place in the year 2015.