Washington: The havoc of the Coronavirus, which has been continuously increasing for the past several days, has increased so much that people are afraid of it. Every day there are many thousands of deaths worldwide due to the infection of this virus, not only that, due to the virus, many lakh people have been found infected so far. The World Health Organization (WHO) will investigate the case of recurrence of Covid-19 in some people. There were about 91 patients in South Korea, who were said to have been cured of Covid-19 infection. However, his report came back positive on a re-investigation. Earlier reports from other parts of the world, including China, had given rise to a new theory that the virus could be reactivated. This prompted the United Nations Health Agency to look into the issue.

Will investigate the report: WHO said in a statement that we are aware of these reports, which stated that some people had negative reports using PCR (polymerase chain reaction) test. Later, their report came back positive. We are in close contact with our experts in this matter. It is important to ensure that procedures are followed correctly when samples are collected from suspected patients for testing.

Death toll decrease in Italy, circumstances in Iran not changed 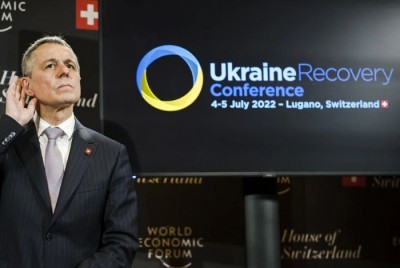