After all, why is Congress bowing to Sidhu's every insistence? Not even listening to Channi Amritsar: Returning to power in Punjab has become such a political compulsion of the Congress party, due to which every condition of state president Navjot Singh Sidhu is being considered and CM Charanjit Singh Channi is seen on the backfoot. Bowing to Sidhu's insistence, CM Channi had to bid departure to AG APS Deol of Punjab. Earlier, due to Sidhu, Captain Amarinder Singh had to leave Congress along with the post of CM. In such a situation, will Sidhu now accept the resignation of APS Deol and the ongoing tussle in Punjab Congress will end completely?

In fact, after Channi became CM in Punjab, the demand for resignation of Advocate General APS Deol and DGP Sahota had become a political issue and Sidhu had made it a question of his prestige. Sidhu had made it clear to the Channi government and the Congress high command that either he should choose two officers or he should. It was clear from Sidhu's stand that if the government does not remove AG and DGP, then he can leave the party. The effect of this statement of Navjot Singh Sidhu was also visible. Congress's state in-charge Harish Chaudhary then held a meeting with CM Charanjit Singh Channi, Sidhu and cabinet minister Pargat Singh. It was decided in this meeting itself that the Congress government would accept the resignation of the Advocate General and the picture would be clear about the new DGP.

Seeing Sidhu's attitude, AG Deol had resigned on November 1 and the government had also confirmed it, but it was said that a decision would be taken in the cabinet meeting. It is understood from this that CM Channi had agreed to remove Deol from the post, but after that the way Sidhu had attacked him, he stopped his decision due to this. Actually, assembly elections are proposed in Punjab in four months. Aam Aadmi Party (AAP) and Akali Dal can get political benefits due to the kind of turmoil in Congress. In such a situation, the Congress high command had given an ultimatum to resolve the matter at the earliest, because the Congress is expected to return to Punjab. This election has become very important for Congress. That is why it has become a compulsion for Congress to obey Navjot Singh Sidhu. 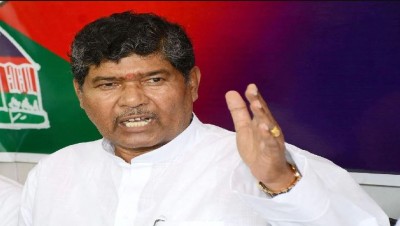