Why did Owaisi say 'Laila' to Muslims? 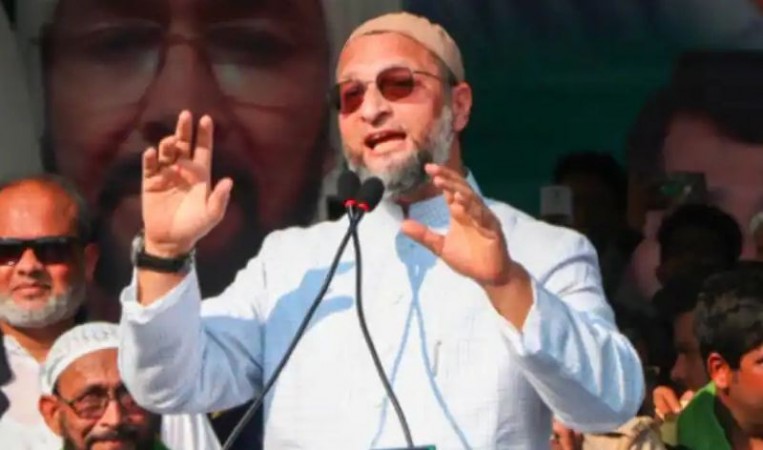 Lucknow: AIMIM Chief and Lok Sabha MP Asaduddin Owaisi, who announced to field candidates in 100 seats in uttar pradesh assembly elections, has launched a scathing attack on the Samajwadi Party (SP). Owaisi, speaking on a private news channel programme, said that more than 19 per cent of Muslims are in UP but till date no cm has been made.

Owaisi further said that parties like Congress, SP and BSP have always voted for Muslims but no leadership has developed. Owaisi said that we have become layla sins that do not work without naming them. By naming Owaisi and Muslims, everyone scares each other and garners votes. Asaduddin Owaisi accuses Yadavs of getting preference and neglect ing Muslims in SP government.

Owaisi said, "10 per cent Yadav became chief minister twice. But there are more than 19 Per cent Muslims, what will happen to us? Is the Muslim band baje party that will play the banjo for anyone? I am asking muslims to prepare their leadership. The muslim vote is of no importance in UP today. I want to prepare us just as every society has created its own leadership. Now Akhilesh is saying that he will make Jat deputy chief minister but why not make 19 per cent. '