It seems that her husband Kanye West is not able to tolerate the separation from Kim Kardashian. Some news about Kim and him is also in discussions, and now Kanye's target is Kim's boyfriend Pete Davidson. There are those who are saying that he is battling a disease like AIDS.

According to media reports, rapper West told comedian Pete to be suffering from AIDS in the middle of a party going on in a nightclub. The source says that West also sang rap during this period in which Referring to Pete, he said, 'This God save me so that I can kill Pete Davidson.' After this news, Pete is getting many types of calls. At the same time, Pete's close friend has called this act of West childish and has also called the AIDS thing baseless.

"Kanye is all being told in earshot as well." Well, after many this, how Kim responds to West is going to be a matter to be seen, but it is certain that West may not like the coming of Pete in Kim's life.

American rapper Kanye West has been in the limelight ever since his split from wife Kim Kardashian. Where on one side there were reports that Kanye was requesting Kim to come back in his life. But if this did not happen, now Julia Fox has entered his life. Recently, the couple took part in the Paris Fashion Week together, making their relationship official. Both wore denim outfits while twinning.

This woman made serious allegations against Rihanna's ex-boyfriend 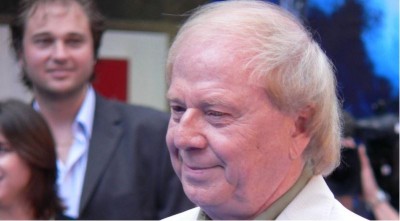