The woman whose rental home was destroyed in a car crash which involved the late Anne Heche sends support to the actress’ family following news of her death. Lynne Mishele in a video posted from her Creative Organization business account on Friday, Mishele called the news "devastating" as she expressed her condolences to Heche's loved ones and "her children specifically."

In the clip, she said, "[They] really have suffered a great loss and my heart goes out for them," adding to that she said, "This entire situation is tragic and there really are just no words." Concluding the video she shared her best wishes with the family, "I'm sending love to everybody involved." Her video comes one day after she posted another update on Instagram, speaking out about the crash and the support she's received in the days since.

"It's obviously been the most insane, traumatic time, confusing ... eventually [I'll] try to get back to everybody and try to read everybody's comments," she said in a video. "Thank you everybody from the bottom of my heart. It's really truly overwhelming. You guys really have impacted my life in a really profound way so thank you so much and I will keep you updated."

Mishele was on the property of her Mar Vista home — owned by Jennifer Durand — when Heche crashed her car into the residence last Friday.

In a statement to people, Mishele's lawyer said of the incident: "Ms Mishele is devastated by what happened to her on Friday — not only because she and her pets almost lost their lives, but because all of her property, including items of profound sentimental value, were destroyed. She asks for privacy at this incredibly difficult time."

Mishele's neighbour Lynne Bernstein previously told people that Mishele and her pets were "extremely fortunate" to survive the accident with no injuries.

According to Bernstein, Heche's vehicle drove "almost all the way through" the house and "almost immediately" caught fire. The Los Angeles Fire Department told PEOPLE that the accident caused "structural compromise" and "heavy fire" to the one-story home.

Durand also told PEOPLE she initially learned about the incident through Mishele. "When I arrived, we hugged and cried a lot. In that moment, I was just so relieved and grateful that she and her animals had survived this. Nothing could have prepared me for what the house looked like," she said.

In the wake of the crash, Durand and her husband John set up a GoFundMe page to help Mishele cover the loss of "the place she loves" and a majority of her belongings. The Durands also urged people to support her business, Creative Organization, on Instagram and TikTok. So far, the GoFundMe page has raised more than $151,000.

Anne Heche is legally dead, however, her body is kept on life support as she is being examined for potential organ donation. Heche leaves behind two kids: her 13-year-old son Atlas, whom she shares with ex James Tupper, and son Homer, 20, from her previous marriage to Coley Laffoon. 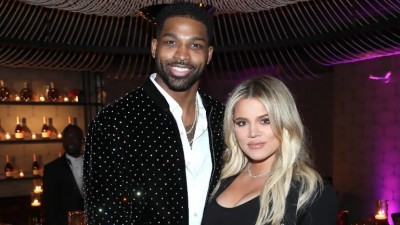