Xiaomi 12 (previously Mi 12) has been in the works for a while and is slated to arrive later this year, most likely after Qualcomm unveils its new processor. A lot has been known about the flagship thanks to a slew of rumours. The newest leak, courtesy of Digital Chat Station, has revealed the Xiaomi 12's camera specs. The 108MP sensor that was recently spotted in the Mi 11 and MIX 4 looks to be on its way out. On the rear, the Xiaomi 12 is believed to include a 50MP triple camera system. This indicates that the phone will include a 50MP core sensor, as well as a 50MP ultra-wide-angle lens and a 50MP telephoto lens. The latter is said to have a 5x periscope zoom functionality. However, Xiaomi is said to be working on 10x periscope as well.

Though previous rumours said the Xiaomi 12 will use Samsung's upcoming 200MP sensor, we believe it was saved for the Xiaomi 12 Ultra. The Xiaomi 12 is still in the design verification stage at the moment. As a result, the final hardware specifications may differ. For the time being, that's all we know about the Xiaomi 12 camera, but we should learn more in the coming weeks.

Xiaomi 12 is reported to have an adaptive refresh rate LTPO AMOLED display (1Hz to 120Hz). It's expected to be powered by the Qualcomm Snapdragon 898 SoC, which will replace the Snapdragon 888 processor seen in the Mi 11. The Xiaomi 12 is tipped to pack LPDDR5X RAM that was unveiled recently and is said to offer a maximum data rate from 6,400 Mbps to 8,533 Mbps, double of what the LPDDR4X RAM. The phone is likely to boot Android 12 out of the box and connectivity options include 5G, 4G LTE, Wi-Fi 6, Bluetooth 5.2, GPS and USB Type-C port. 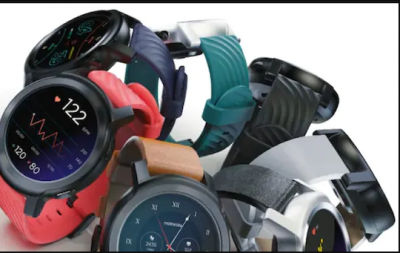 Battery of this smartwatch can last for 2 days Realme 5G Mobile Phones In India are available for Rs 1,000, Know how Vivo's new smartphone to be launched with these powerful features