Yami worked hard for the Bhoot police, used to get ready in 3 hours, See post 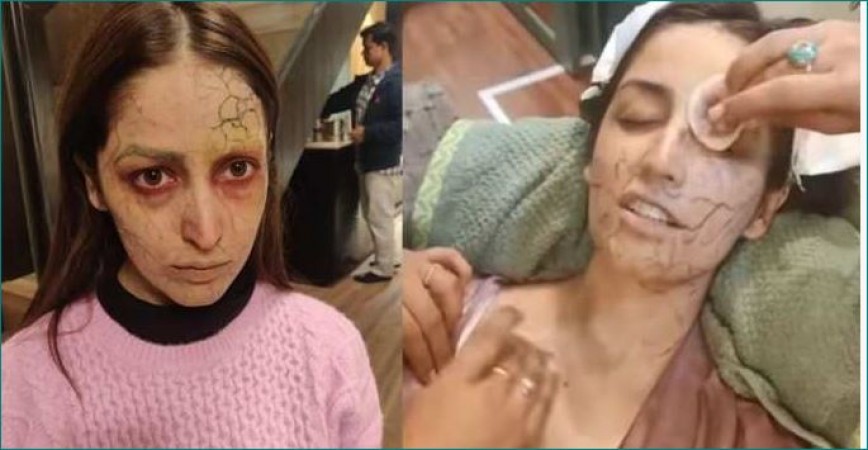 Saif Ali Khan, Arjun Kapoor, Jacqueline Fernandez and Yami Gautam starrer 'Bhoot Police' are in the buzz these days. The film was released on the OTT platform Disney Plus Hotstar recently and is receiving a lot of love from fans. Now in the meantime actress Yami Gautam has revealed how difficult it has been for her to play her character in the film. Recently actress Yami Gautam shared some videos from her makeup and before shooting which you can see here. In these videos, you can see how Yami Gautam was prepared for hours before the scene was shot.

Yami has written her reaction in the caption by sharing these videos and photos. You can see Yami Gautam wrote in the caption, 'My love for horror films was the most prominent reason why I played this character in the film 'Bhoot Police'. In which a spirit dominates me. It wasn't easy because it took me 3 hours to get ready and 45 minutes to remove the makeup. It was not easy to shoot barefoot only with the support of cables in the chilling weather of Himachal.'

Yami Gautam further wrote, 'Despite the injury in my neck, I wanted to do everything myself, and my yoga practice helped me a lot in doing it at a different level. Although I wished I could get some professional training, it was not possible because of pandemic restrictions. I did everything I could on the sets.' No longer fans are scared to see this avatar of Yami and are also tying pools of praise for her.