New Delhi: A special court in Delhi has sentenced Jammu and Kashmir Liberation Front's separatist leader Yasin Malik to life imprisonment, convicted in a terror funding case. Along with this, a fine of Rs 10 lakh has also been imposed. Security agencies are keeping a close watch in the Kashmir Valley to avoid any untoward incident.

Earlier on Thursday, the court had convicted Malik in the terror funding case. Yasin Malik had admitted during the hearing that he was involved in terrorist activities in Kashmir. The court has held that Malik had established a network all over the world in the name of 'Azadi' to raise funds for carrying out terrorist and other illegal activities in Jammu and Kashmir. Taking suo motu cognizance in this regard, the NIA had registered a case on 30 May 2017. In this case, a charge sheet was filed against more than a dozen accused on January 18, 2018.

The National Investigation Agency (NIA) had said in the court that terrorist organizations like Lashkar-e-Taiba, Hizbul Mujahideen, JKLF, Jaish-e-Mohammed, in collaboration with Pakistan's ISI, attacked civilians and security forces on a large scale in the Valley. Violent acts have been committed. Yasin Malik had told the court that he was guilty of sections 16 (terrorist activity), 17 (raising funds for terroristic activities), 18 (conspiracy to commit terrorist acts), and 20 (being a member of a terrorist organization) of the UAPA and IPC. Does not want to challenge the charges against him under 120-B (criminal conspiracy) and 124-A (sedition). 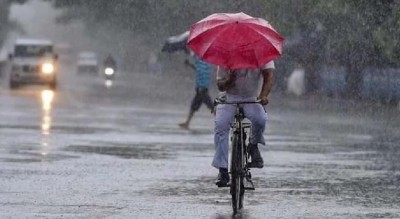