If SP, BSP, or Congress had been in power, Ram Mandir in Ayodhya would never have been built: Yogi Lucknow: Uttar Pradesh Chief Minister Yogi Adityanath recently targeted the SP, BSP and Congress. He said, "If the SP, BSP or Congress were in power, Ram mandir would never have been built in Ayodhya.'' In fact, the Chief Minister dedicated and laid the foundation stone of 144 development schemes worth Rs. 1,132 crore in Gonda district and then in his address hit out at the Opposition and said, "The grand construction of Lord Ram's temple in Ayodhya has started. If the SP, BSP or Congress were in power, they would never have let temples be built.'' He said that those who earlier denied the existence of Lord Ram are calling Lord Ram their own today. At the same time, he described terrorism as a congress gift and said, "By abolishing Article 370, which gives special statehood to Kashmir, the government has implemented its promise and the government is working with collective efforts.''

At the same time, the Chief Minister also said, "During the reign of previous governments, the poor did not get housing, no electricity, no toilets or cooking gas. Earlier, the schemes that used to come up in Gonda were victims of corruption and before 2017, law and order were disrupted in the state. The mafia then enjoyed power and a curfew was imposed before Holi, Diwali and Janmashtami, but change can be clearly seen after the BJP government came in.''

He further said, "Before 2017, Gonda and Balrampur used to be in the grip of riots, but today seven generations of rioters will end up paying.'' He also said, "The government, which withdrew the case against terrorists and rioters who attacked the birthplace of Lord Shriram in Ayodhya, used to falsely implicate Dalits by filing false cases and such people can never be pro-Dalit society.'' 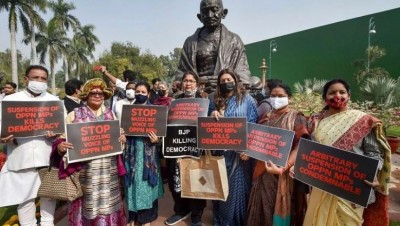 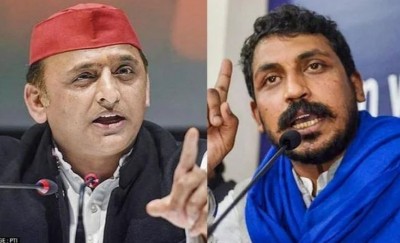