Retired legendary Indian cricketer Zaheer Khan described his vision of Team India’s squad for the upcoming T20 World Cup. The retired left-arm pacer named a star-studded 15-member squad and didn’t include Shikhar Dhawan, who recently led the Men in Blue in the three-match T20I series in Sri Lanka. India lost the series 1-2 after taking a 1-0 lead. Zaheer chose Rohit Sharma and KL Rahul as the two openers followed by Virat Kohli and Suryakumar Yadav in the middle order.

Talking to a media he said, “I will open with KL Rahul and Rohit Sharma. Virat and Surya will follow them. I know Virat has made the statement that he wants to open the innings. But I would still say that Virat only opens in case Hardik is not available to bowl. In that scenario, you can sacrifice one batsman and get an extra bowler." Among the wrist-spinners, Zaheer went for the leg-spin duo of Rahul Chahar and Yuzvendra Chahal. However, he didn’t pick left-arm spinner Kuldeep Yadav, who has two hat-tricks in limited-overs cricket for the national team. In Zaheer’s lineup, Bhuvneshwar Kumar isn’t a certainty either.

“I have Chahal as the lead leg spinner and also went in with Rahul Chahar as his backup. In this format, we have seen that leg spinner is such a crucial factor. Chakravarthy/Sundar will be the spinners who would be bowling with the new ball. If you want that mystery element, you can choose Chakravarthy, but otherwise, you can go in with Sundar as well,” he further added.

Two dead bodies found in a house in Tadepalli, case filed over the mysterious death 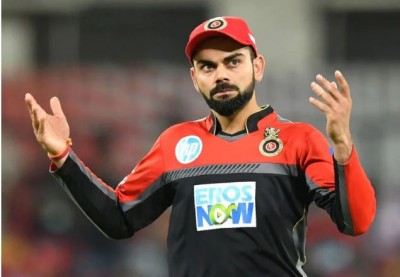 England-New cancelled tour, but this country is ready to play cricket in Pakistan

Ind Vs Aus: Team India suffers major setback as this batsman won't be available in second ODI against Australia