The importance of freedom and the fight for it, the new generation came to know about it from different sources, one of these sources is television. There are movies you watch and then quickly forget, and then there are movies that induce you to feel patriotic and fill your heart with pride. This year, India commemorates 75 years of freedom, and as citizens, we could not be more proud. Here is a list of some best Patriotic movies that show the real struggle for freedom.
The Legend of Bhagat Singh: Ajay Devgn starer, The Legend of Bhagat Singh which also stars some of the finest actors to play the role of the real heroes, efficiently Rajkumar Santoshi's fantastic retelling of the story of the young freedom fighters Bhagat Singh, Sukhdev and Rajguru, who willingly tied the noose around their necks, filled us with pride and made us introspect.
Swadesh: Shah Rukh Khan starer Swadesh based on India you don’t need to pursue army to work for your nation, whatever you are doing in your life gives your nation priority work for the nation. Gowariker's ambitious film followed a well-settled Indian working for NASA, rediscovering his roots during a short vacation to find his childhood nanny and falling in love with the motherland all over again.
Prahaar:  One of the less known movies but one of the best patriotic movies staring Nana Patekar, it tells the story of a jawan who even as he adjusts to life as a civilian cannot abandon his sense of morality and discipline as he does it
Krantiveer: A story of a common person who is fighting various evils even after Independence. Nana Patekar's second patriotic outing was more of an expose of the social evils of the Indian society, as much as it was a call to revisit our Indian values as responsible citizens of this one-of-a-kind nation.
Haqeeqat: One of the first properly made war films in India, it boasted of a cast including Balraj Sahni, a young Dharmendra, and Sanjay Khan along with Vijay Anand. The film based on the Indo-Sino war in 1962, was directed by Chetan Anand.
Netaji Subhash Chandra Bose: The Forgotten Hero: One of Shyam Benegal's most ambitious films in terms of scale, the film starring Sachin Khedekar tried to retell the story of one of the most enigmatic freedom fighters, determined to drive the British out of the country.
Shershah: The movie is based on the nation by the new generation. Siddharth Malhotra starrer is based on the heroic life of Capt. Vikram Batra sacrificed his life in the Kargil War. The film also starred Kiara Advani and was helmed by Vishnuvardhan. The film was a box office success, and it gives viewers shivers as it incites patriotism.
Uri: The Surgical Strike:  The movie is all about a surgical strike carried out by the Indian army on Pakistani terrorists positioned across the Line of ControlThe film has been divided into chapters that ultimately culminate in the surgical strikes. Major Vihaan Singh Shergill (Vicky Kaushal) is a valiant army man who aces in strategic operations. 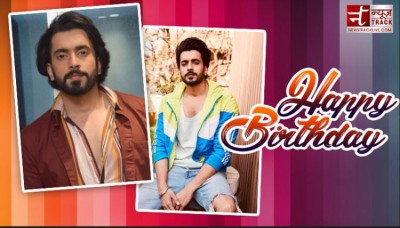 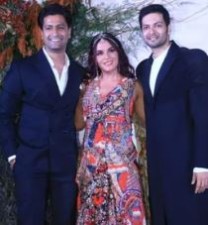