New Delhi: Lok Sabha Speaker Om Birla greets the people on the eve of 75th Independence Day. Speaking on the occasion, he said, "Today, the entire country is celebrating the Amrit Mahotsav of Independence. I also congratulate you all on this mega festival.'' At the same time, the Lok Sabha Speaker said, "The journey of 75 years is indicative of the hard work of us Indians. There are many glorious moments in every country's journey. These are the moments when the entire country celebrates achievements in a spirit of unity. The 75th Independence Day of the country is one such occasion. After a difficult and struggling freedom struggle, the country became independent.''

The Lok Sabha Speaker also said, "After independence, we made democracy the basis of governance. Under the leadership of Babasaheb Bhimrao Ambedkar, gave humans of the country a guide in the form of a Constitution which is also committed to protecting the interests of the last person in the queue. Over the years, we have established ourselves as a responsible nation, moving forward, imbibing the principles of mutual love, mutual respect, world welfare, and peaceful coexistence.''

Om Birla further said, "This 75-year journey is indicative of the hard work, innovation, and entrepreneurship of us Indians. This 75th stop makes us happy and happy, reminding us of our responsibilities. The concept of inclusive development is the contribution of every countryman to the progress of the country. That is what we have to ensure.''

For the first time in history, the reality show finale will last for 12 hours on TV! 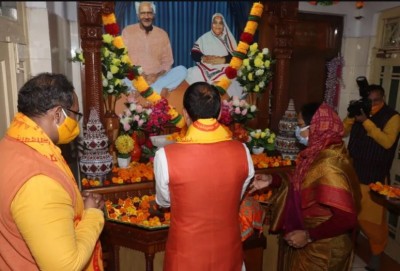