Varun Dhawan in his 5 years of career hasn't given any flop film. Mostly he was seen in a chocolaty boy role but his film Badlapur has completely changed the image of the actor.

Now again the actor is all set to impress the audience with Shoojit Sircar's film October.

Recently Varun while talking about the film said, "Both these films might be in different spaces, but October isn’t a light-hearted romantic film. It’s heartbreaking and dark, probably more niche than Badlapur. "

According to a source, "This film is dark and he won’t have any makeup. It’s going to be very real. It’s one of the things Varun likes about the film. Shoojit (Sircar) has designed his character really well."

Director Shoojit Sircar had earlier said that It is a genre that I have always wanted to delve in. While love and romance have been entwined with Indian cinema, there is an abundance of that emotion that everyone can have their own interpretations of. Juhi Chaturvedi and I have always tried to create stories from the reflections of real life moments that we see around us. October is another effort to explore those moments out of simple situations of life.

Also, Varun had earlier said, "I have been an ardent fan of Shoojit da's work and have always wanted to work with him. October is a beautiful story in which I play a character with many layers. It's a difficult character to play. I just want to surrender to my part and show people a new side of me. Shoojit da, Ronnie and Juhi have always made good cinema I feel I feel grateful to join their team."

It will be interesting to see Varun once again in a darker film October.

Bollywood is ready to blast: Most awaited bollywood films 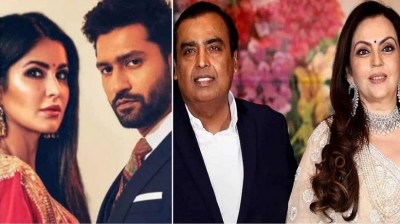