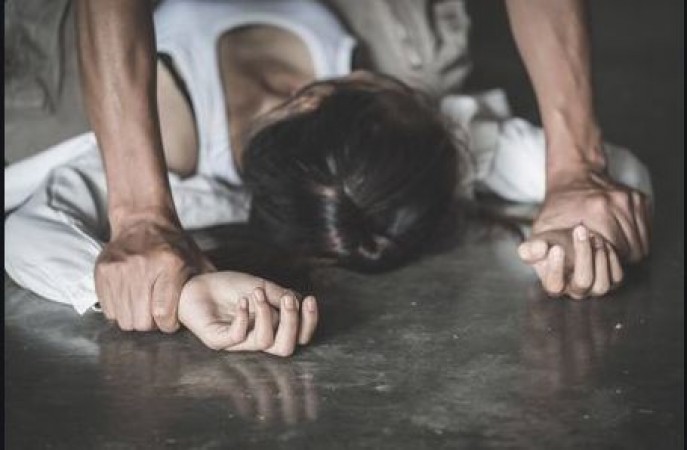 Katihar: An incident of rape has come from Mohna Chandpur in Barari in Katihar district of Bihar. Where a helpless 45-year-old woman was raped by a 22-year-old youth. According to the information, the woman is said to be living by begging. At 7 p.m. on January 13, she was begging and coming back home, only to take advantage of darkness on the way, and the 22-year-old Chhotu forcibly grabbed her and raped her.

When some people heard the woman shouting, they saw that the victim was in a semi-naked state. After which the villagers reported to the police. The police arrested Chhotu Kumar late in the night and sent the victim to Sadar Hospital for medical, but due to the doctor's negligence, the victim did not even get medical treatment on time. The woman was circling the hospital, finally getting treatment after 72 hours on the night of January 16. In this connection, DS RN Pandit of Sadar Hospital said that the night of January 15 brought for medical. The doctor who had night duty on that day was on vacation.

On the second day, when the woman received the news, Dr Lakshmi was ordered medical but even after the order, the treatment could not be completed. The roster disturbances have delayed the medical. He said that he will take action on whoever is found guilty. Local villagers have said that their family is trying a lot to save the accused Chhotu Kumar. For 2 days, the police have been reaching out to the woman for medical treatment.