A 22-year-old Youth League worker was rigorously injured after clashes broke out between workers of the CPI(M) and the Indian Unon Muslim League (IUML) in Koothuparamba constituency on Tuesday, 6 April, post state Assembly elections.

The deceased identified as Mansur, a native of Chokli, had suffered critical injuries to his leg and was admitted to a private hospital in Kozhikode, where he was declared dead by the doctors, police said. An alleged CPI(M) activist was taken into custody by the police soon after the incident, sources said.

Police said the activist succumbed to his injuries in the early hours of Wednesday, 7 April, Kerala saw over 74 percent voter turnout and though the polling itself was peaceful, at least three incidences of violence were reported at night.

According to local witnesses, the shocking incident happened when a clash broke out in Paral area in Koothuparamba constituency over allegations of bogus voting by around 8 pm on Tuesday.

A group of people waylaid Manusur and his brother Muhsin, a UDF poll agent, near their home and hurled bombs at them before attacking the youth with sharp weapons, they said.

Post-poll clashes broke out elsewhere too in the state. According to reports, two Congress workers were hacked during clashes in Eruvai and Puthuppally. Violence was also reported in Kayamkulam and Haripad after polling ended at 7 pm on 6 April.

Bangladesh Blast: 20 injured at the residence of a municipal Mayor. 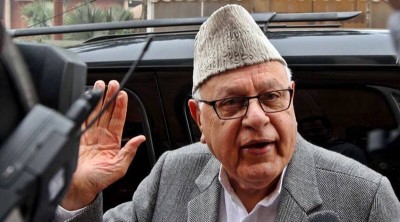