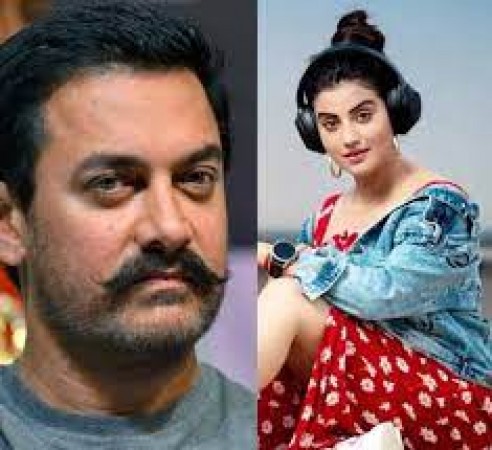 Akshara Singh, the famous actress of Bhojpuri cinema, is making a lot of headlines these days. The reason for this is that Akshara Singh is seen with Bollywood actor Aamir Khan. Recently, Akshara Singh had also shared a picture of herself with Aamir Khan on social media. Just after a short span of time, it became very viral. After sharing the picture, Akshara Singh shared a video with Aamir Khan, which is being loved by fans of both the stars.

At the same time, there are such things happening on social media about Akshara that she is now going to enter Bollywood. Akshara Singh shared the video on her social media account. In this video, both the stars are seen in a romantic style. In the video, Aamir Khan and Akshara Singh can be seen sitting in a room. Just then, Aamir extends his hand to dance with Akshara Singh.

At the same time, Akshara also immediately gets ready to dance with him. In the video, both of them can be seen dancing to the song 'Phir Na Aisi Raat Aayegi' from the film 'Laal Singh Chaddha.' Sharing the video, Akshara also captioned it. She wrote: "This is like a dream comes true! Aamir sir thank you for making this day something I can never forget.'' This video of the two is going viral on social media at the moment.