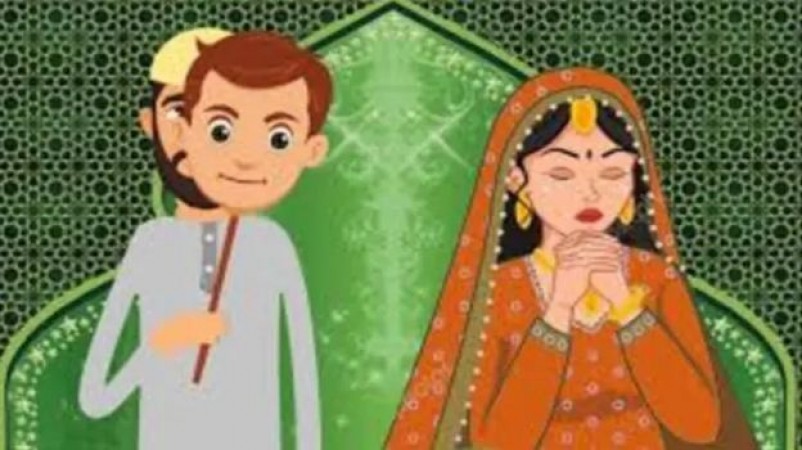 New Delhi: A case of love jihad has come to light in the country's capital Delhi. A young woman living in Delhi is originally a resident of Rampur in UP. In the year 2017, the girl met a young man in a temple in Rampur. Where the young man told him his name as Rohan and a resident of Delhi. He befriended the girl and then returned to Delhi after a few days. From Delhi, he started following him on Facebook under the name of Bilal Ahmed. Bilal told himself in front of the girl that he was secular and a believer in Hinduism. He also apologized for naming Rohan. After that in September 2018, Bilal called the girl to Delhi. From there he took it to Agra on the pretext of a walk.

In Agra, Bilal pretended to be ill and booked a room in the hotel. At night, by giving intoxicants in the juice, she made the girl unconscious. The victim told that Bilal took obscene pictures of her in the hotel and started blackmailing her. In November 2020, Bilal put mental pressure on her for marriage. On December 14, Bilal married the girl in a closed room in the presence of some people at his uncle's house. In April 2021, he shifted to another flat. The girl also accepted this marriage as true and started living with him as a wife.

But after that Bilal started torturing her. On September 17, after keeping him with him for six months, Bilal escaped after sending him to Rishikesh. On this, the girl reached the house located in a locality of the city Kotwali area. On this here Bilal Ahmed said that I have done whatever I wanted to use. When the girl said that I am your wife, where will I go now? She started demanding justice from the parents of Bilal Ahmed. Butam, Bilal's parents started telling the victim to take three to four lakh rupees and get buried. On protesting, some people even tried to have a physical relationship. Bilal's mother and sister also started beating the girl. In this entire case, the victim has filed a case against Bilal Ahmed, Hila Ahmed, Gufran Ahmed, Shagufta Parveen, Jawa and Hassan. Following the instructions of the Inspector General of Police, Lucknow, on the complaint of the girl, the city police has started investigation by registering a case against six people.