Know what's in Gaza after ceasefire with Israel, how was the first day After eleven days of war, the ceasefire agreement between Israel and Hamas has finally been implemented.  Some people are also speculating that the ceasefire is only a few days long and that the war between the two sides is still inevitable, which is because the basic problems between the two remain the same.

After the 11-day Israel-Hamas war, Gaza has seen Gaza rebels now openly wearing full dress and waving rifles in the winds to hold a parade in Gaza City. Hamas' top leaders in Gaza have recorded public attendance for the first time. Hamas rebels are demonstrating their power at the moment. Shaniwar's day was the first day of ceasefire, which was successful to a great extent. Mishra's mediators held the meeting to ensure the ceasefire.

It has been revealed that this is the fourth war between Hamas and Israel within a decade. Israel carried out hundreds of air strikes on gaza city and Hamas and the rest of the rebels also fired 4,000 rockets from Israel. In the meantime, nearly 250 people lost their lives. Most of which were Palestinian citizens. There has been a huge loss in the city of Gaza. Broken buildings and glass pieces are scattered everywhere that are being cleaned by municipal employees.

Fahadh Faasil to play a police or politician in Kamal Haasan's Vikram?

Sushmita Sen in love affair with THIS Pakistani cricketer. What caused a breakup? 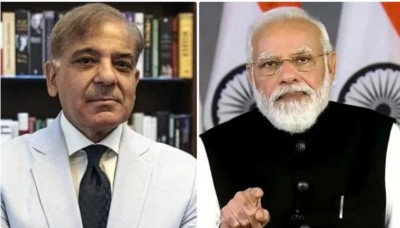