"Another day and a new FIR," she captioned a daring photo of himself. If he comes to take me away. At the moment, I'm in such a good mood at home. Now, if you're wondering why Kangana is being targeted, tell me that she recently made statements about the Sikh community that enraged her. 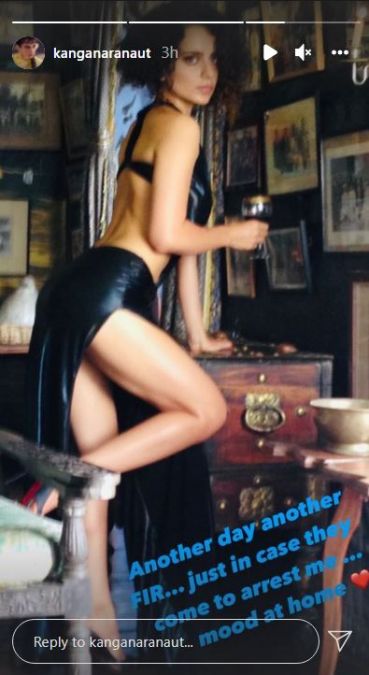 Kangana Ranaut should be sent to a mental institution or jail, according to Manjinder Singh Sirsa, head of the same Sikh Gurdwara Management Committee and leader of the Shiromani Akali Dal. What action would be done against Kangana following the filing of these FIRs will be known soon. Kangana Ranaut is now waiting for the release of her films Dhakdar and Tejas. Kangana's tweet has gone popular on social media, with many people reacting on it in various ways.