New Delhi: The impact of the central government's policies regarding the import of palm oil is now visible in the market. After a long gap of three years, palm oil prices have reached below Rs 100 per litre. It is the effect of palm oil that the prices of soya oil and mustard oil are also continuously falling. However, the price of mustard oil on crusher machines is still above two hundred. Before the Corona epidemic, palm oil was around Rs 78 per litre in 2019. At the same time, the prices of soya oil were also below Rs 100 per litre. But, after some restrictions imposed by the Government on imports, the prices started increasing continuously.

At one time, the price of palm oil had reached Rs 160 per litre. After the announcement of relief on imports, the prices of palm oil are continuously declining. On Monday, palm oil was sold at Rs 92 per litre in Mahewa and Sahebganj mandis. Palm oil accounts for 50 per cent of the sale of edible oils. Sanjay Singhania, president of the Chamber of Commerce, has informed that 'after three years, prices have come down to below Rs 100. If the policies of the government are not amended, their prices will fall further.'

Saudi Arabia's real GDP is predicted to increase by almost 8% 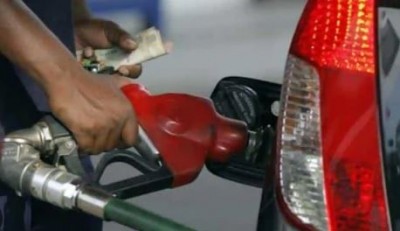