Lucknow: On the fifth day of the budget session of the Uttar Pradesh Assembly, Samajwadi Party (SP) President Akhilesh Yadav has launched a scathing attack on the Yogi government. Akhilesh also accused him of reneging on the promise and also came clean on some of his old statements. During the elections, Akhilesh Yadav had termed the corona vaccine as the BJP's vaccine. Now when CM Yogi took a dig at him during the assembly, Akhilesh also came clean on it.

Akhilesh said that because pm Narendra Modi's photo was on the corona vaccine, he had described it as the BJP's vaccine. Taking a jibe at the indifference of the UP government in the Corona period, Akhilesh said that a pregnant mother who had moved from Nepal, she could not even reach India. At that time when her child was born, she was named Lockdown. The mother was assisted by the Samajwadi Party in time.

Apart from all this, Akhilesh also accused the Yogi government of reneging on the promise. In their eyes, this government has only made claims, but nothing has happened on the ground. Raising the issue of cane payment, the SP chief said that dues of sugar mills are pending and still claims are being made and paid. Earlier, during his address to the Assembly, Akhilesh had raised questions on the law and order situation in UP. He said that the Government should work on it. 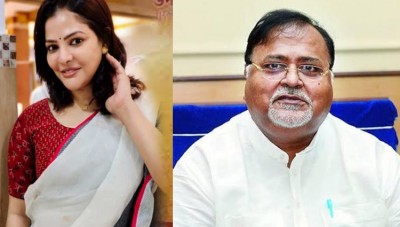