Famous Bhojpuri film actor and singer Akshara Singh often shares photos on social media. Many people in the country and the world like Akshara. His fans keep liking and sharing his photos and videos. The same actress recently shared some photos and videos on Instagram in which she looked very bold. Akshara is wearing a black bikini. People started commenting on the actress as soon as she saw her picture.

In addition, the actress is wearing a black open shrug in which she looks gorgeous. The actress is posing on the sea shore. Akshara's fans were overwhelmed by these adas. Apart from the video, Akshara has also shared several photos from the middle. Many people have commented on these pictures and videos of Akshara. Daljit Kaur has written, "Ofo, you will kill. In addition, some people have created stunning, heart and fire emojis. Another person wrote, "Absolutely poison. ''

Akshara Singh shared several photos together. In these photos she is seen posing in different ways. She is wearing black glasses with black shrugs that are adding four moons to her beauty. Tell us that Akshara Singh is very active on social media. She shared her pictures from sarees to every look which has received a huge response. 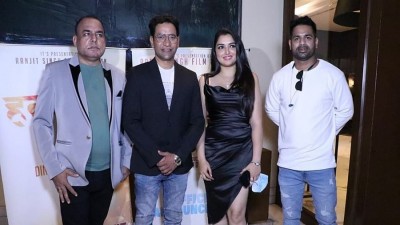