On Christmas and New Year's Eve everyone is immersed in an atmosphere of celebration. It's holiday time and everyone is planning to celebrate these two occasions in their own way. Along with ordinary people – celebs are also going on vacation to celebrate the New Year with their family and friends. Bollywood actor Akshay Kumar(Akshay Kumar)is also currently looking for vacation with his family. She recently shared a video on her Instagram.

The video shows Akshay enjoying the winter sun while walking in the lawn, the actor has a speaker on his shoulder and enjoying listening to music between walking. The video also shows his daughter Nitara walking around the lawn. Sharing the video, the actor captioned it as "Ye Hatho Se Yu Fisla Hai. Ho Jaise Rait Zara Si., I'm constantly listening to this song, it's not only on the speaker, it's going on in my mind too".

According to media reports, Akshay Kumar, Sara Ali Khan and Dhanush's movie 'Atrangi Re'  has been released. The music for this movie has been composed by AR Rahman. The songs of the movie have won the hearts of the audience. 'Rait Zara Si' was released after 'Chakchak'. Akshay is listening to the same song in the video. Akshay released the teaser of the song on his Instagram on December 6. 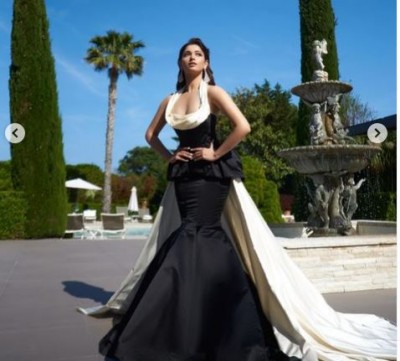