The road accident in Ladakh on May 27 surprised everyone. A bus full of army personnel had lost their lives. 19 soldiers were injured when they fell into the Shyok river. Celebrities, common people, and Prime Minister of the country Narendra Modi have also expressed grief over this tragic incident. Actress Alia Bhatt has also expressed grief over the incident and has paid tribute to the deceased soldiers.

According to media reports, Alia Bhatt shared a post on her Insta story and wrote, "Condolences and prayers of our soldiers in Ladakh. Condolences to the affected families and pray for the speedy recovery of our injured soldiers" Alia's post has gone viral on social media.'' 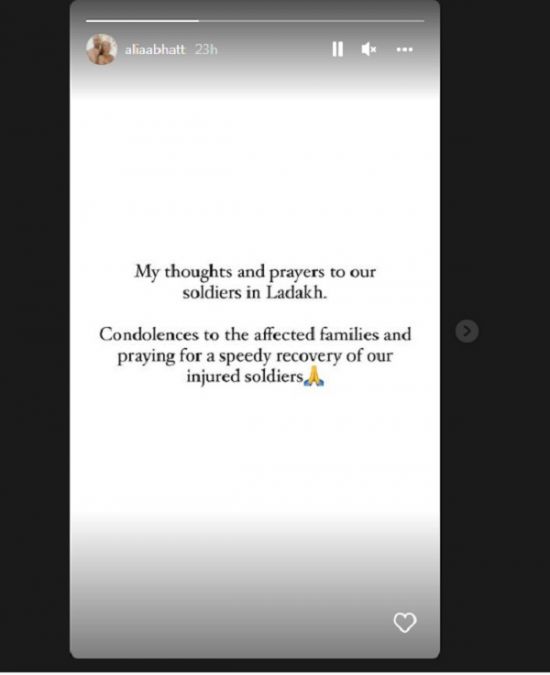