South superstar Allu Arjun is still in the news for his recently released movie 'Pushpa: The Rise'. In the same movie, Samantha Ruth Prabhu has made a splash on the internet with her stellar performance in her first item number 'O Antawa O O Antawa'. Now choreographer Ganesh Acharya had also released a behind the scene video of the song.

Ganesh Acharya says this for Samantha and Allu Arjun: According to media reports, Ganesh Acharya shared a BTS video on his Instagram account on Sunday where he is seen teaching dance steps to Samantha and Allu Arjun. Sharing it, she also captioned it, "It was a great pleasure to shoot with these two. Another hit with my favorites, spend the most fun time with these two on the sets. " 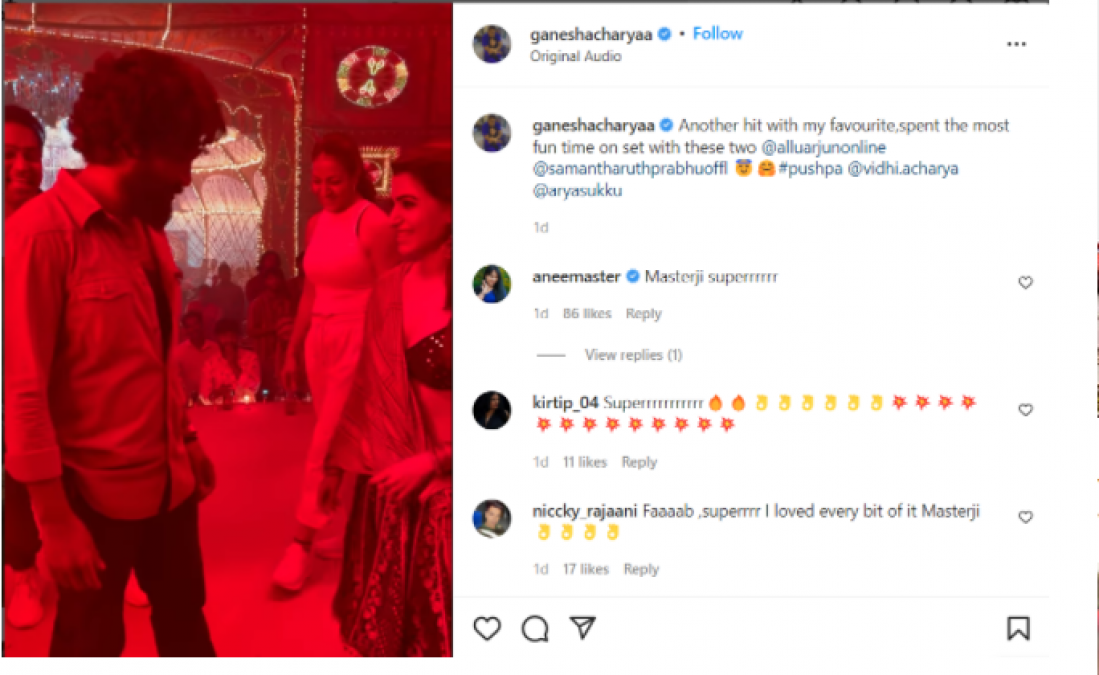