It was revealed last month that Amber Heard's attorneys informed the court they intended to appeal the jury's decision to award Johnny Depp USD 10 million in damages after finding the actress liable for defamation in her 2018 op-ed for the Washington Post. The appeal was filed on July 21 in Fairfax County, Virginia. Heard apparently now has a new legal defence group.

The Aquaman actress hired new legal counsel to go ahead and appeal the defamation trial verdict, according to reports. Heard will be represented by David L. Axelrod and Jay Ward Brown of Ballard Spahr as her lead appellate counsel. The lawyers famously defended The New York Times against Sarah Palin's defamation lawsuit earlier this year, as per Entertainment Tonight.

Axelrod and Brown in a joint statement, also admitted that they will be working with Heard on the case and said, "We welcome the opportunity to represent Ms Heard in this appeal as it is a case with important First Amendment implications for every American."

Following the July 21 court filing regarding appealing the verdict, the Aquaman actress' spokesperson said, "We believe the court made errors that prevented a just and fair verdict consistent with the First Amendment. We are therefore appealing the verdict. While we realize today's filing will ignite the Twitter bonfires, there are steps we need to take to ensure both fairness and justice", via ET.

However, in other news, Johnny Depp seems to be focussing on his Hollywood career return post-trial win and it was recently reported that the actor will be directing a film after 25 years and it is being produced by Al Pacino. 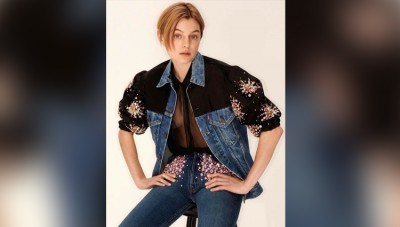