Washington: The US has blamed Iran for carrying out a deadly drone attack on an oil tanker in the North Arabian Sea last week, saying there is going to be a proper response. In a statement issued on Sunday, the State Department said, "On reviewing the information present, we are sure that Iran carried out the attack, killing two innocent people."

The department further said there was no justification for the attack, which follows a pattern of attacks other combative behaviour. These works threaten the lives of those on board the ships involved in this important waterway, freedom of navigation through international shipping commerce. We are working with our partners to consider our next steps, consulting with governments beyond that within the region on a reasonable response.

On July 30, Rashi Chakra Maritime, a London-based firm owned by Israeli billionaire Eyal Ofer, reported that its oil tanker Mercer Street was attacked the day before. On Sunday too, Israeli PM Naftali Bennett blamed Iran for the attack, saying his country had intelligence evidence of Tehran's involvement, hoping that the international community would put pressure on the Islamic Republic that made a major mistake. 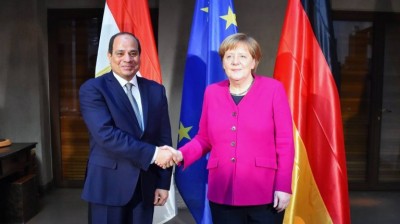 US Court rejected a petition of the fugitive Nirav Modi Bangladesh to be Secular Nation, 'Islam' to be removed from state religion! China's Economy slumps To 4.9 pc Growth In Q3 From 7.9 pc One Quarter Earlier