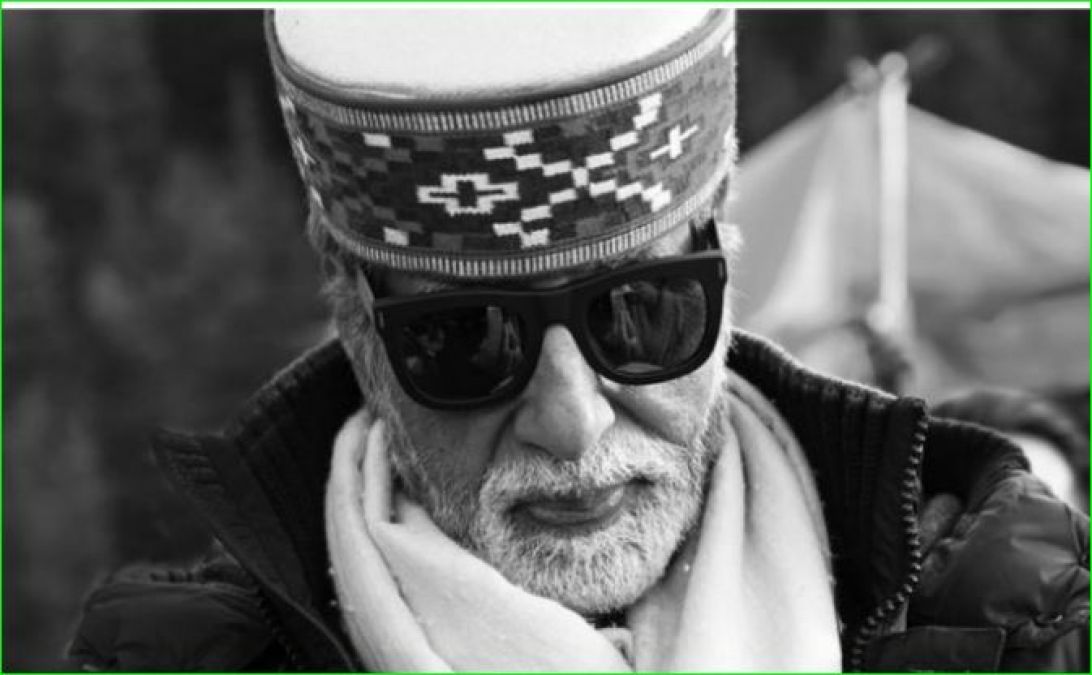 Bollywood megastar Amitabh Bachchan is busy shooting his film these days. He is currently shooting for his upcoming film 'Brahmastra' and he was working in Manali with Alia Bhatt and Ranbir Kapoor these days. After going there, Big B praised the people there and now he has thanked everyone for the traditional reception in Himachal.

Recently, Amitabh Bachchan has shared a picture of himself in black and white on his Twitter. As you can see, he is seen wearing a goggle with a traditional cap and heavy jacket and with this, he has joined hands honoring the people there. At the same time, Amitabh Bachchan gave the caption with this picture, wrote, 'Himachal Pradesh's well-wishers and especially from where we are working- Manali for their traditional reception. Thank you for so much love and care. Let us tell you that the government has declared Big B as the guest of the state and for this reason, when he left Chandigarh towards Manali by road, he stopped at many places. Bilaspur, Mandi, Kullu were included in all these.

There too, people welcomed Amitabh Bachchan with traditional shawls, caps, flowers, etc. and at the same time, he met Big B in a peaceful manner and respected him. Let us also tell you that shooting for 2 days is going on in Manali, but Amitabh Bachchan is back in Mumbai. Brahmastra may be released in the year 2020.