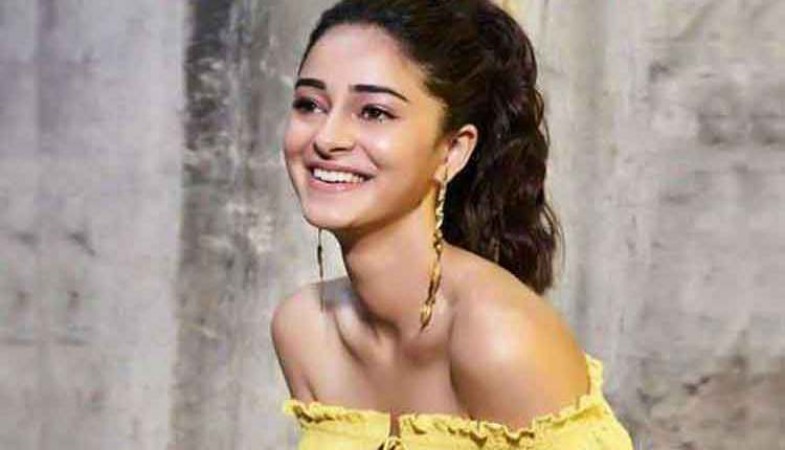 Bollywood actress Ananya Pandey is on the 7th sky. There is no place for her happiness since she received the Filmfare Award for Best Debut for her film Student of the Year 2. At the beginning of her career, getting the Filmfare Award is a big thing for Ananya Pandey. Her father Chunky Pandey could never get this trophy, but his daughter has done this in the Bollywood industry in a short time.

These stars had dinner with Donald Trump, See photos

When Ananya received the award, she shared her experiences. In an interview given to the media, Ananya has said that she had practiced giving speeches quite a lot. She says, 'How many times did I practice winning speech. But after reaching the stage, I forgot everything. Winning Filmfare is a big thing for me. My mother was with me at that time but my father could not reach me. But on reaching home, I gave him the trophy. Ananya Pandey was given the Filmfare Award for Film Student of the Year 2. She played the character of Shreya Randhawa in the film. She was cast opposite actor Tiger Shroff. Now that film proved to be a flop at the box office, but Ananya managed to win a big award like Filmfare.

Ranbir Kapoor and Hrithik Roshan impressed with this skill of Katrina

Ananya has also mentioned that her father was quite happy because of the Award. He told Ananya to keep that award in the living room so that everyone can feel proud of Ananya. If we talk about Ananya Pandey's work front, then she is going to be seen in the film Khali Peeli with Ishan Khattar. The film is being directed by Maqbool Khan. The film is set to release on the 12th of June this year.