It is known that actress Andrea, who was last seen in Thalapathy Vijay and Vijay Sethupathi starrer 'Master', is playing the lead role in director Mysskin's 'Pisasu 2'. While the shooting of the film began in December and Andrea joined the sets in January, the shooting was stopped due to the lockdown. Now, looks like the team is all set and ready to resume shooting once the restrictions are lifted by the Tamil Nadu government.

Earlier, Andrea had also revealed her look from the film and shared the look was inspired from an old photograph of her grandmother. Karthik Raja is composing music for the film. With the shooting to expected to resume in a week's times, latest reports are that the singer-turned-actress for an important sequence will be performing nude. It is also said that she has received a salary of more than one crore rupees for the project.

The sequel is produced by T Muruganantham of Rockfort Entertainment. It is to be noted that the the original was produced by filmmaker Bala. Director Mysskin had earleir thanked Bala for giving away the rights of the title.The first part 'Pisasu', which was released in 2014, had newcomer Naga and Malayalam actress Prayaga Martin in the lead. The film was about a young violinist who starts feeling the presence of a supernatural spirit in his house. The story unfolds as he finds out that the spirit if of a girl who dies in an accident and the mystery unfolds as he goes in search of the person who killed the girl.

'Karnan' producer to do back-to-back films with Vijay Sethupathi 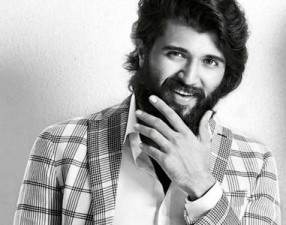