New Delhi: The political temperature is rising on the Jahangirpuri violence of the national capital Delhi. The process of accusations and counter-allegations has started in the political parties and the rhetoric is also going on. Meanwhile, All India Majlis-e-Ittehadul Muslimeen (AIMIM) chief Asaduddin Owaisi has questioned the government ''if even a small section of 200 million people (of Muslims) turn radical and resort to retaliatory violence, So will the Indian state be able to suffice the security challenge?''

Owaisi, the Lok Sabha MP from Hyderabad, has asked, 'Will the government have to sacrifice more democratic liberties to enable us to be safe?' Let us inform that earlier AIMIM chief Asaduddin Owaisi had said, 'BJP has started a war against the poor. In the name of encroachment, it is going to break down houses in the capital Delhi like Uttar Pradesh and Madhya Pradesh.'

Asaduddin Owaisi had accused the government of saying that 'no notice before breaking the house, no chance to go to court, just poor Muslims are being punished for daring to live.' Arvind Kejriwal should clarify his dubious role. 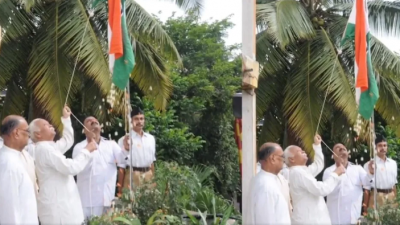