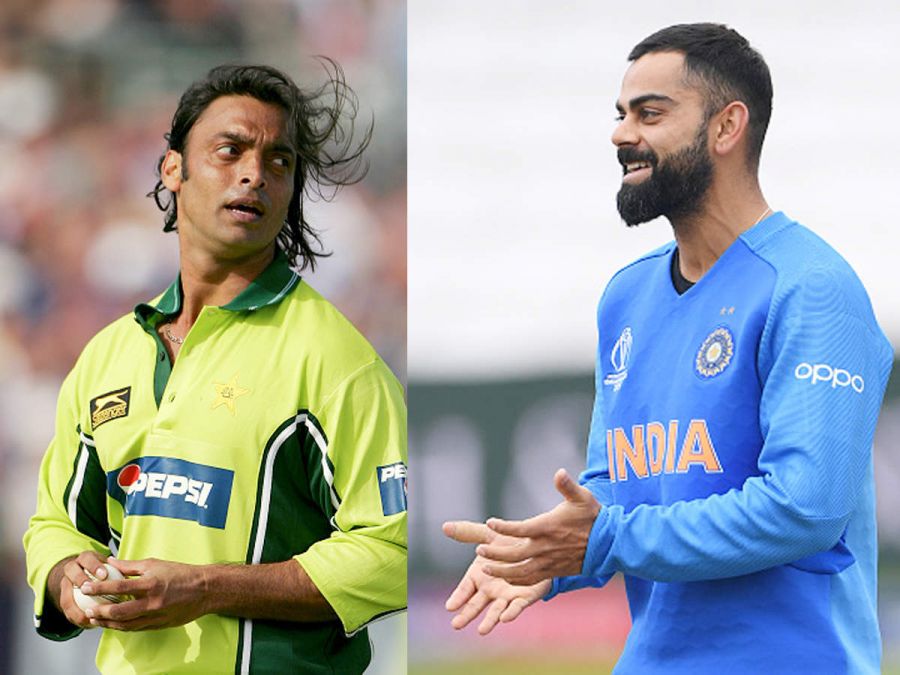 The highest voltage match of the T20 World Cup between India and Pakistan is scheduled to be played on Sunday i.e. Today. Fans of both countries are very excited about the mega competition. Everyone from fans to veterans is leaving no let up their teams' enthusiasm for the match. Former Pakistan bowler Shoaib Akhtar has given three important pieces of advice to his team to defeat the Indian team. According to Shoaib, following these advices will ensure Pakistan's victory.

With this, Pakistan seems to be struggling to win the T20 World Cup against India. Both the teams have faced each other 5 times in six seasons of the tournament so far and each time the Indian team has won. Pakistan has only won only one match in 8 T20Is played between the two teams. Pakistan will come to an end to the defeat on Sunday.

Former Pakistan bowler Shoaib Akhtar has given his team 3 tips to win the match which you too will not be able to stop laughing at. Shoaib Akhtar suggested, "Pakistan should give a sleeping pill to the Players of the Indian team because they are a very strong team. My second piece of advice is that you guys stop Virat Kohli from using Instagram because he is very famous there. As the third most important piece of advice, he asked his players to ensure that Indian mentor Mahendra Singh Dhoni does not bat." Pakistan players should only keep in mind that Dhoni does not bat on the field himself because believe him he is still the most form batsman today.