The year's most colourful celebration is here yet again! Now is the time to examine piety in thought and deed and to delve deeply into divinity. The occasion is Navratri, a festival that lasts nine days and is devoted to the veneration of Goddess Durga's nine avatars. Navratri, which literally translates to "nine nights," is a national holiday that is marked by continuous mantra chanting, temple bells, and arti echoes. The Maa Durga-honoring celebration of Navratri is fervently observed during the "Ashwin" month. The holy Ashwin month, when we welcome the winter season, falls between September and October on the English calendar. The Goddess will be venerated from September 26 to October 4 of this year.

The Navratri festival is celebrated with a mix of colours, dandiyas, and enthusiasm, and differently in various parts of the country, and each of that experiences is something unforgettable and unique in its own way. Taking a little time off to celebrate and get to know different cultures is an experience worth experiencing. Check out these cities to get the best of different cultures and the way these cities celebrate the festival of music, dance, and worship.

Navratri, when worshipers fast for nine days and dedicate themselves to the devotion of Maa Shakti, is a much-awaited day in Gujarat. The famous folk dance known as Garba and aarti performed around the statue of Goddess Shakti are the highlights of the days and nights. Garba dances, thrilling dandiya nights, delectable holiday fare, and Durga's exquisitely decked temples all draw discerning tourists. The best destinations to visit during the festival include Ahmedabad, Baroda, Surat, Gandhinagar, and Patan, among many other locations. So the next time you visit during Navratri, be ready to take part in an odd event.

In the eastern portion of India, Navratri is observed as "Durga Pooja" and is primarily observed on the final four days, namely Saptami, Ashtami, Navami, and Dashami. Stunningly crafted and decorated life-size clay sculptures of the Goddess Durga defeating the monster Mahishasura can be found in temples. Then, after four days of adoration, the idols are submerged in the river. The purpose of these five days of puja is to unwind, spend time with family, and attend various Durga puja pandals, each of which features a gorgeous life-size idol of the goddess Durga as well as its own concept and vibe. Other pandals are more understated and elegant, while others are opulent with sophisticated lighting and music systems. A favourite part of the puja is attending the Maha Aarti every evening with the dhol playing in the background, which causes many people to enter a trance-like state.

Compared to the other states, Kerala celebrates Navratri a little differently. For a few days, they keep the books in front of the statues while they worship the goddess Saraswati, returning them on the last day of the festival. Since a pooja is done on the final day and both musical instruments and animals are honoured, this day is thought to be more significant. At the Mullakkal Bhagavathy temple in Alleppey, the beautiful Navratri celebration is experienced every year. In the Hindu ceremony known as Kumari Pooja, young girls are venerated as goddesses.

Dancers with a reputation for excellence perform on the vibrant pattern as the image is progressively lifted off the floor. Another notable event during Navratri in this temple is the "Bommai Golu Festival," during which elderly women define their "Bommas" on "Oottupura" while also reading aloud from the ancient Sanatana scripture, Devi Bhagavatham. Any passing traveller who catches a glimpse of the festival and Kerala's indigenous culture and traditions is in for a moving experience.

One of India's holiest towns, Varanasi, in the state of Uttar Pradesh, goes all out to celebrate the Navratri holiday in big style, making it one of the best venues to do so. Ramcharitmanas chants echo throughout Varanasi for 10 days as thousands of diyas light up the ghats there. Ramleela, a traditional drama that depicts the conclusion of the mythological epic Ramayana, is performed as one of the most significant aspects of Navratri in Uttar Pradesh. During Navratri, Maa Durga's triumph over evil is commemorated for nine days, while Lord Ram is victorious over Ravana on the tenth day (Dussehra), which is marked by the burning of enormous effigies. At the well-known ghats, the artis performed at dark and sunrise are definitely not to be missed.

Navratri is celebrated in Mumbai with quite a zeal, from the traditional Garba dance to the Durga Puja festival. You'll see pandals with enormous Durga idols as you stroll down the streets. Mumbai's nights are lively, with people bordering the grounds dressed in vibrant garb and music filling the streets. To celebrate Lord Ram's victory over evil, Ravana's effigies, the ten-headed demon, are burned on Vijaydashmi.

Navratri Celebration: Get the best of the festival by visiting these places in India

Straight out of a movie! Visit these places in winter to have a unique experience 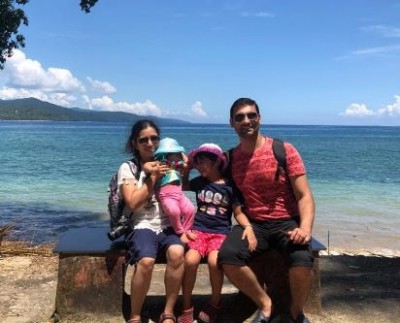 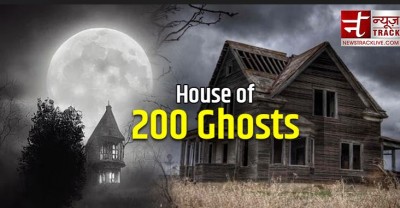