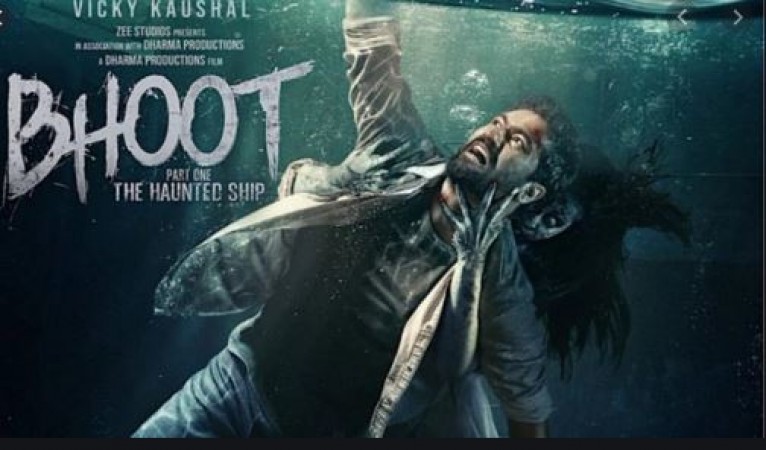 Veteran actor of Hindi cinema Vicky Kaushal's first horror film 'Bhoot The Haunted Ship' was discussed but when the film was released in theaters, it got mixed reactions and reviews from the audience. While some people like this film very much, there are many people who have not liked 'Bhoot' at all. Now the report of the box office collection of the first day of Vicky Kaushal's film 'Bhoot' has been revealed. Despite getting a bad review from the critics, this film has earned a good amount.

The film 'Bhoot The Haunted Ship' has collected 5.10 crores on its opening day. 'Bhoot The Haunted Ship', produced by director Bhanu Pratap Singh, is a horror thriller. This is a story about a seaplane, which suddenly comes and stands on the banks of Mumbai. Prithvi, the character of Vicky Kaushal, is sent to investigate this ship, after which it is revealed that this ship is haunted.

This film has been produced by Karan Johar. Bhumi Pednekar and Ashutosh Rana have worked with Vicky Kaushal in 'Bhoot'. This is Vicky Kaushal's first horror film, for which his acting is being highly praised. The film 'Bhoot' of Vicky Kaushal clashed Ayushmann Khurrana's film 'Shubh Mangal Zyada Savdhaan'. At the same time, which of the two films earns the best at the box office, it remains to be seen.