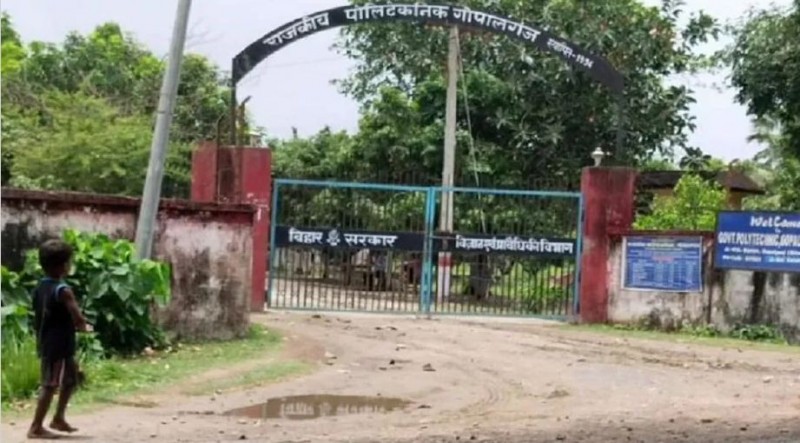 Patna: A student of a polytechnic college in Gopalganj, Bihar, has committed suicide by hanging himself in a private lodge. The incident took place near Sipaya Polytechnic College under Vishrampur police station area. The deceased student has been identified as Nirbhay Singh Kushwaha and is a resident of Phadhi village under the Mohammadpur police station area. The name of the deceased's father is Abhay Singh Kushwaha. The police, who rushed to the spot after receiving information about the body, have taken the body of the student out of the room and sent it to Sadar Hospital for post-mortem.

His body was found hanging in the room even before the exam. Regarding this incident, the police station in-charge of Vishambharpur, Amarendra Kumar told that the matter is of suicide. He said that in the preliminary investigation it seems to be a case of love affair. The student's mobile phone has been recovered for police investigation. Police are trying to find out the reason behind the suicide by recovering the evidence found in the room.

UP: Uncle and Niece commits suicide in love affair

Body of 9-year-old boy found soaked in blood on madrasa roof, brutally murdered by crushing him with brick

'I will keep Hindus at the tip of my foot...', Abdul Rehman arrested for his controversial statement